In today’s environment where truth and facts are debated, transparency is demanded more than ever. And as advertisers invest more in programmatic, there’s an increased concern where ads are ultimately served.

Reports of alarmingly high fraud and low viewability rates have only fueled the concern. The ANA/K2 report issued in July 2016, which exploited non transparent business practices by agencies (such as rebates, markups and incentives), served as a tipping point for advertisers to demand control over their investments.  Since then, advertisers have become skeptical of their agencies, and are scrambling for reassurance that their investment in digital media is legitimate and justified.

I had the pleasure of participating at the MediaPost OMMA Atlanta Conference, specifically to discuss transparency, a growing topic within the industry. Here’s three principles from the discussion:

1. Advertisers and agencies need to work better together to repair damages in trust that non transparent issues have created.  Advertisers in particular should be more educated and involved in where their dollars are spent, and agencies should facilitate and advocate for the education process.  The ANA has also released Prescriptions, Principles, and Processes for Advertisers that includes some specific guidance toward transparent relationships between advertisers and their agencies.

2. Fraud is not a programmatic problem. Fraud is everywhere. While it’s easy to think that a lack of transparency into the real time nature of programmatic buying is to blame for the rise in fraud, it’s important to note that premium direct sold inventory is just as susceptible to non-human traffic.  Partnership with the right brand safety technologies, in addition to a general vigilance, will help to reduce and prevent fraud across digital investments.

3. Taking contracts in house is not the answer.  While there are certainly some examples of when it makes sense for an advertiser to own a technology contract, it shouldn’t be a general rule.  Agencies can often leverage their massive buying power to negotiate extremely competitive rates on behalf of their clients, which is a great benefit.  Many contracts are also designed to be portable, and can be transferred from one agency to another, or even to a client directly with minimal disruption or data loss. 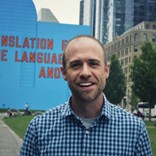