PUBLISHED
SHARE
With recent, increasingly mainstream, adoption of voice technology, we expected this to be a major trend at CES. We weren’t disappointed. Rafe Blandford, Strategy Director at Digitas, discusses the key players in the market and explains why voice should be on every marketer’s radar.

There was a big battle for dominance between Amazon Alexa and Google Assistant. Google was reportedly the largest  buyer of outdoor media in Las Vegas during the show. Outside the main show floor, Google’s demo area included  a giant gumball mach ine that encouraged consumers to play a game where they ask the voice assistant a series of questions – hinting that Google sees the future of voice interactions as less imperative and more conversational. The company also provided many  exhibitors on the show floor with “Hey Google” branded soundproofed booths to allow visitors to try  out voice interactions more reliably.

Google’s big news was the launch of the Smart Display  platform, which follows in the footsteps of the Amazon’s Alexa Show, by adding a  screen to Google Assistant-powered smart speakers. Hardware will be available from  JBL, Lenovo, LG, and Sony later this year.

Despite Google’s efforts at CES, Amazon’s Alexa, with its 80% market share in smart speakers, has first-mover advantage and this was reflected in a greater number of partnerships and demos – highlights included Vuzix’s Blade smart glasses, Jabra headphones, and U by Moen’s Smart Shower.

What’s more, many of these reflected an increasing maturity in the Alexa ecosystem. For example, Ovie’s Smarterware connected food storage system, which aims  to reduce food waste by reminding you about the things that are sitting in your fridge, caught our attention because it is a product that assumes  the existence of ambient voice in order to work. A more mundane sign  that the Ale xa ecosystem is going mainstream was iHome showing off alarm clocks and speakers with slots and docks for Echo Dots, similar to those that were popular for iPods 10 years ago.

While the main battle ground was between Amazon and Google, there are other players in the voice platform space. Samsung announced  that its Bixby voice assistant would be integrated into its complete 2018 smart TV product range, as well as the latest iteration of its Family Hub fridge models. Also notable was the company’s “Project Ambience” dongle and module which allows many kinds of devices to be  retro-fitted with smart voice features. Meanwhile Microsoft’s Cortana, despite a generally quiet CES, was integrated into one of the most elegant voice enabled accessories in the form of Johnson Control’s GLAS thermostat.

Why does it matter for marketers?

The reason for the battle between Amazon and Google at CES is that voice is becoming a de facto component of  almost every device. Widespread voice interaction that is ambient and reliable creates many more opportunities for brand touchpoints and delegation to occur. As we noted recently, there are consequential implications for many brands from the rise of voice, including around portfolio strategy and brand preference.

If 2017 was the year to start experimenting, 2018 is the year to meet consumer expectations, especially for brands than can provide a consumer value with simple imperative commands.

What are the implications for the future?

The addition of screens to smart speakers, such as the recently launched Echo Spot, or the forthcoming Google Smart Displays, opens up opportunities for new and more complex interactions. The smartest brands will think of new ways to exploit this platform not by recreating experience from mobile or the web, but by exploiting their ambient and ever-present context.

Voice naturally goes hand-in-hand with AI assistants, especially as we move from query to conversation. As a consumer, if your assistant satisfies you, your demands will naturally increase — while changing the notion of engagement with brands. At the very least, brands will need to do as good a job of making themselves as attractive to these assistants as they are to consumers. 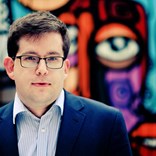 As Chief Product Officer at Digitas, Rafe leads a blended team of strategy, creative and technology experts, leveraging his extensive mobile knowledge and working with the agency’s clients to help develop mobile strategies and creative solutions.

Prior to joining Digitas in 2014, Rafe was an independent mobile consultant, advising brands including Nokia, Orange and Ericsson on their business strategies.

Rafe is co-host of mobile technology podcast 361 Degrees, and the founder and editor of the All About Windows Phone and All About Symbian sites, which have a combined reach of more than a million.

The age of synthetic content raises the trust bar yet again

VIEW ALL ARTICLES BY Rafe Blandford

What do people really think about unattended retail?