PUBLISHED
SHARE
Who’s doing all the tweeting about the EU referendum? Where is the majority of activity taking place? Who’s winning the Twitter battle? How did Twitter react to David Cameron’s official announcement of the June 23rd referendum date?

For our latest social media project, we turned our attention to Twitter activity around the EU referendum to discover the answer to these and other questions. We paid particularly close attention to what happened before and after David Cameron’s official announcement on 20th February of the date for the referendum – to track how Twitter activity changed after the announcement.

Where are the tweets coming from? 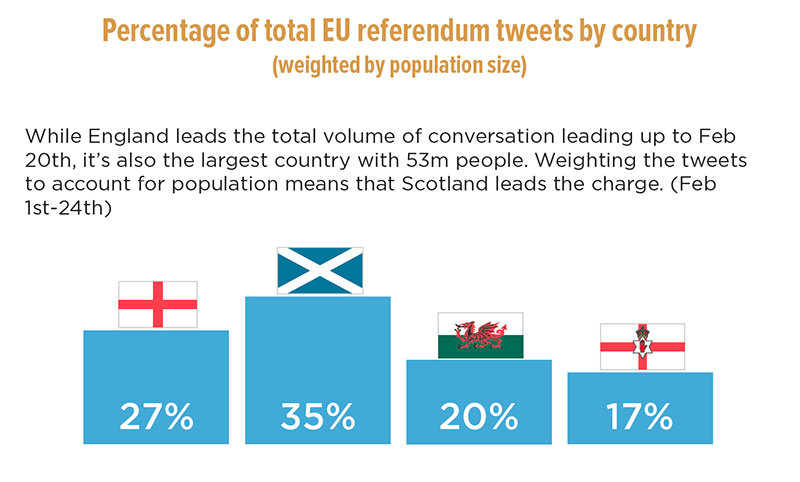 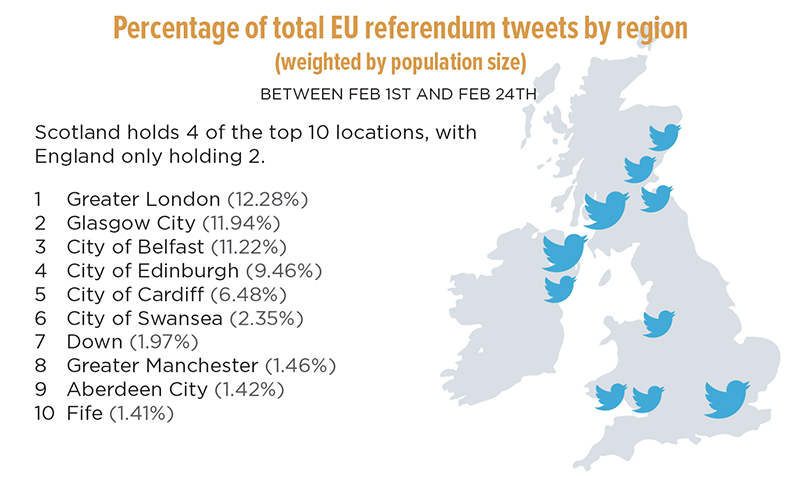 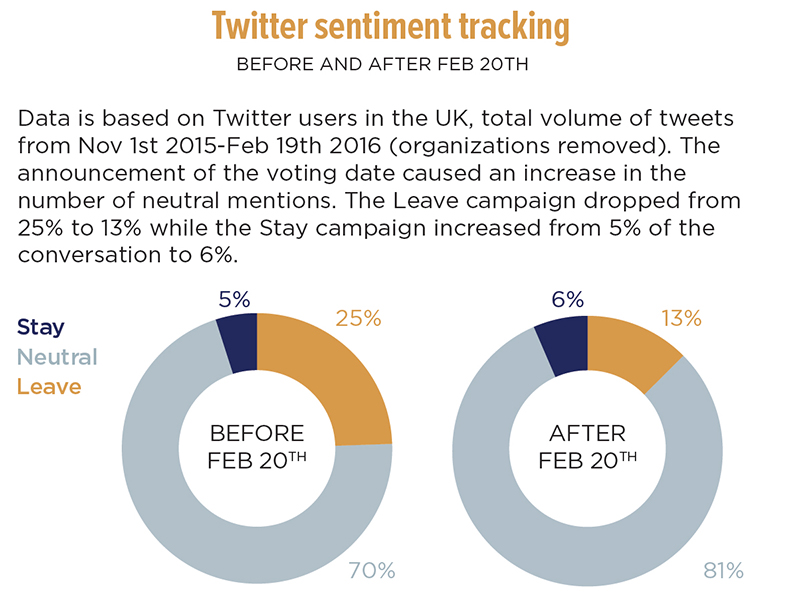 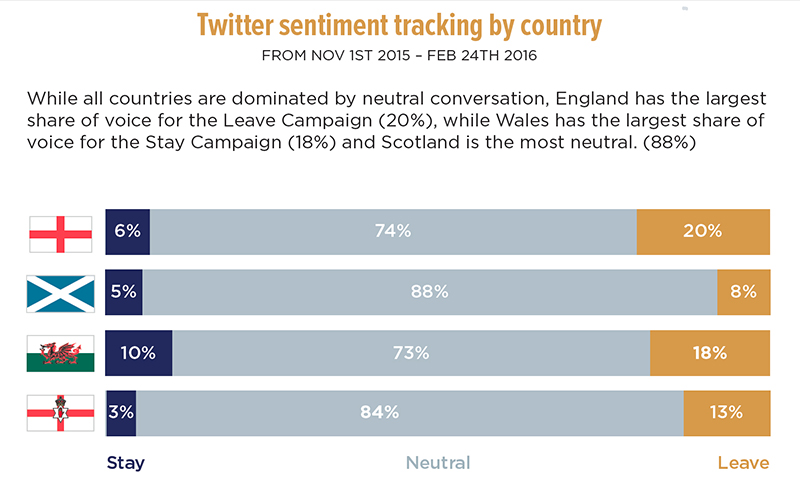 Who is influencing the leave campaign?

David Cameron is most frequently mentioned (typically) as a negative motivator for people supporting the Leave campaign.

Boris Johnson is the next most frequently mentioned as people seem to be supporting him and his stance to leave. 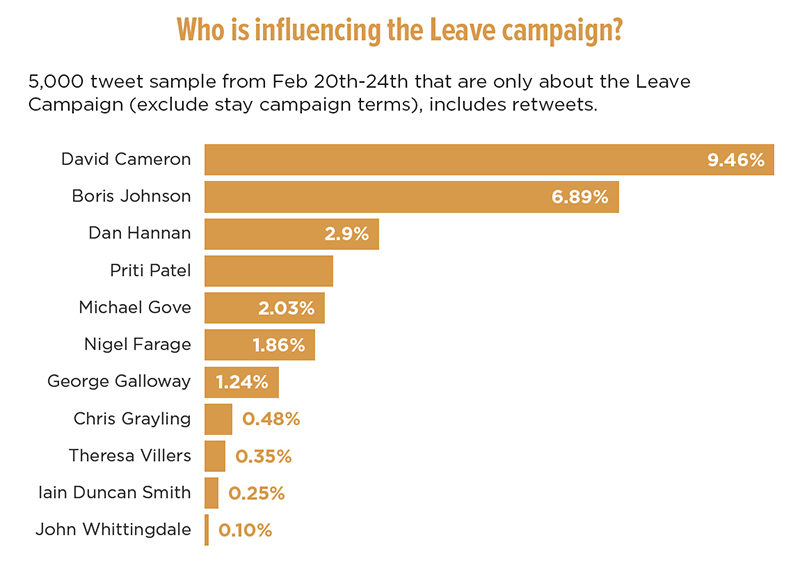 The number of female tweeters increased slightly after the referendum announcement of February 20 – up to 29% from 25%.

Female tweeters are most likely to be supportive of the Stay campaign. 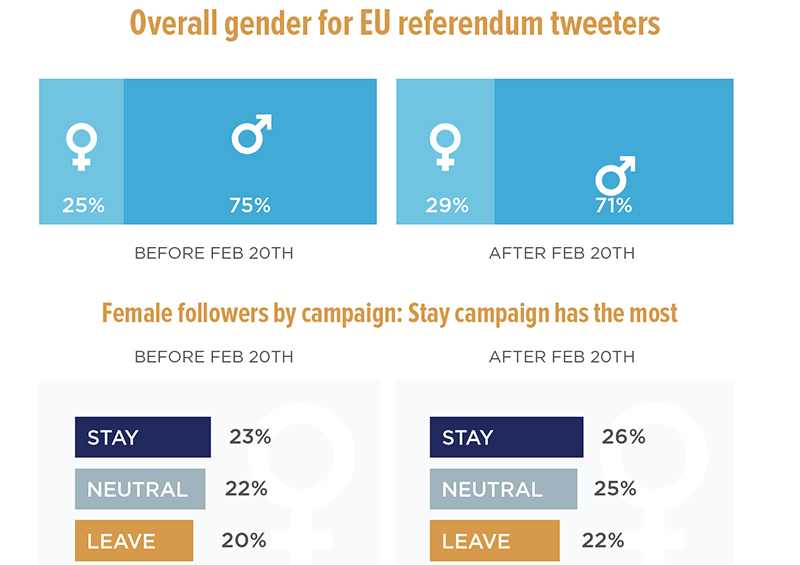 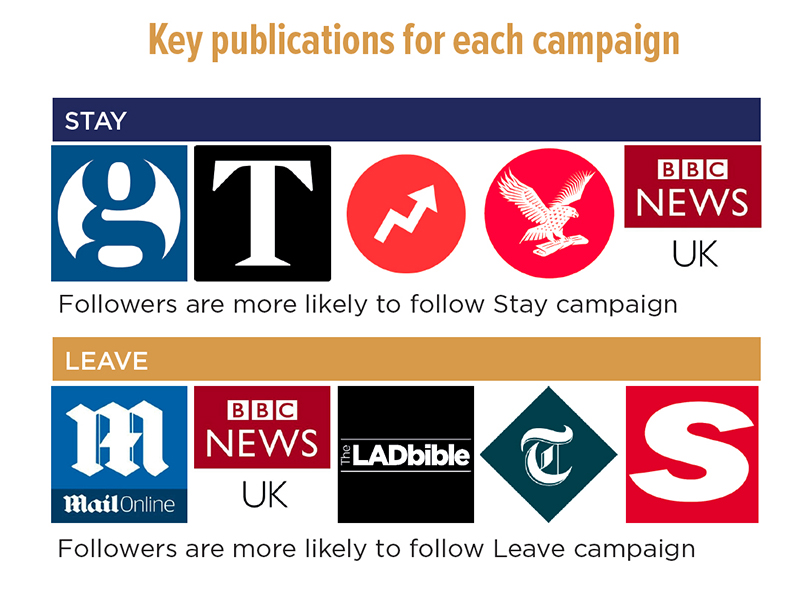 The majority of the data analyzed was between November 1st 2015 and Feb 24th, with 2.5 million tweets occurring during that time frame.

For the purpose of this analysis we excluded “Organisational” tweets, such as those that came from media agencies and publications. Additionally, we only included tweets sent from public Twitter accounts in the UK.

In order to track overall sentiment for all Twitter activity relating to the EU referendum, we looked at a selection of hashtags to determine whether a tweet related to the Stay campaign, the Leave campaign, or was Neutral.