PUBLISHED
SHARE
Scott Donnelly, Search Engine Marketing Strategist at Digitas, digs into the key search trends around the 2017 General Election to find out what’s really going on ahead of tomorrow’s vote.

With the UK general election only a day away, the pollsters are frantically trying to predict who will be forming the next government. Using 2015’s general election results as proof that polls can be misleading, we wanted to find out if there are any clues about voters’ interests to be found in the search results.

The polls vary of course, but most put the Conservatives at least marginally ahead. However what people say they’re going to do and what they actually do can be two very different things. Based on this, we’ve decided to take a look at search data and web user behaviour (up to Monday 5 June) to see whether they can shed any light on voter intention instead.

Using Google Trends election search round-up, we are able to see which political party is garnering the greatest number of searches across the UK.

If we go by the percentage of overall searches each party is receiving, the Labour party is well out in front with almost half (49%), the Conservative party on 21%, Lib Dems on 14% and the SNP and UKIP on 7% and 9% respectively.

The search patterns in England show a very similar picture to the UK as a whole, although the SNP experience an expected decline. Labour and the Liberal Democrats experience a slight increase against the UK-wide average.

As to be expected, the party with the greatest number of searches in Scotland is the SNP with 44%. Labour is in second place with 28%, while the Conservative party is third with 13%. UKIP and the Lib Dems have noticeably smaller percentages in Scotland than in England.

Wales follows a similar pattern to England. One key addition here is Plaid Cymru, which enters the mix in place of the SNP.

The search landscape is vastly different in Northern Ireland with an almost entirely unique set of parties, emblematic of the political make up in the country. Sinn Fein has the greatest share of search with 33%, while the Labour Party and Democratic Unionist Party (DUP) have 25% and 20% respectively. The SDLP (12%) and UUP (10%) round out the top five most searched for political parties in Northern Ireland.

Across the whole of the UK then, it’s noticeable just how much interest is being drummed up by Labour. In each country, while Labour may not be leading in the polls, it is certainly provoking the most significant number of searches. Exactly how this translates into votes, we’ll have to wait and see.

What are users searching for?

With each election campaign comes a new set of manifestos. It’s perhaps a relief to learn that these have been the key term searched for during the run up to this election, indicating that people have a desire to make an informed decision on 8 June.

While manifestos dominate as a search topic, there is an obvious level of indecisiveness among voters.

The past week has seen more people ask “Who Should I Vote For?” than any other query ahead of the election.

This indecisiveness is also illustrated when we look at ComScore’s Cross Visiting report for the five main parties’ websites:

“Who won the leadership debate?” is the second most-asked query, showing that voters are looking for assurances on which party’s leader performed the best during the BBC debate – perhaps to help inform their choice on polling day.

Understanding what the public is concerned about is key for politicians. It helps to steer their manifestos and potentially sway the votes of the undecided. Looking at the core political search themes across the UK over the last six months, three core subject areas stand out: Brexit, the NHS and pensions.

Elections and politics are serious issues, but not all searches relating to them meet the same criteria. Using Google’s Suggest feature we’ve identified some of the more intriguing searches users have been looking for:

While one’s dietary choice, sporting affiliation or questionable sibling pairing shouldn’t sway an election, it’s interesting to see what has crossed the minds of some voters.

Google Suggest also implies that Theresa May has a career as a fashionista following her political career with its offering of "Theresa May Shoes".

How important is search for political parties?

Looking at data from SimilarWeb, search accounts for an average of 43% of all traffic received by the five main parties’ sites. Only the SNP receives more traffic from another channel, with around 43% estimated to come from social. Whether it directly affects people’s thought processes, political viewpoints and ultimately their vote is unknown, but at least by searching users can make a more informed decision tomorrow.

With the polls currently saying Conservative and search suggesting Labour, who knows what the result will be. Google usually has the answers, but this is one answer it can’t know for sure. We can however confirm the answer to the other burning question on everybody’s lips – Theresa May is NOT related to Brian May. 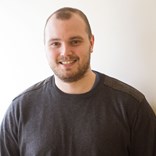 As a SEM Strategist at Digitas, Scott is responsible for the creation and implementation of integrated search strategies which focus on utilising both Paid Search and SEO activities to drive maximum success from search as a whole.

VIEW ALL ARTICLES BY Scott Donnelly

Cyberattacks: Who's to blame?