PUBLISHED
SHARE
Let’s face it – Americans know how to build successful brands. Coca-Cola, McDonald's, Apple and Amazon are all examples of brands that were born in the US and grew to world domination. We should now add another name to that list – Obama.

Obama is a brand that extends beyond the man himself. It encompasses his wife Michelle and his children Malia and Sasha. Together they reinvented and reinvigorated perceptions of the first family and to a large extent, the United States itself.

Like other visionary founders of brands such as Steve Jobs and Richard Branson, Barack Obama has an innate understanding of modern marketing techniques. His original 2008 presidential campaign successfully used the iconic image of ‘Hope’ by Shepard Fairey to build a brand identity that no other candidate could match. It also had the memorable tag line: “Yes we can”. This became a meme that replicated and embedded itself in popular culture via video, music, fashion, and of course social media. As such, it deserves to be ranked alongside other great advertising lines such as Nike’s ‘Just Do It’.

But what was it about Obama that made his brand so powerful? For one thing, he is incredibly photogenic. Not since JFK has America had a president who looked so good on camera, and Obama clearly understood this. Scroll through the White House’s official Flickr account and you’ll be greeted by images of Obama in almost every context. What comes across throughout is a man who is so obviously comfortable in his own skin that he makes those around him feel at ease. He exudes the confidence of a Hollywood leading man in a way that very few other politicians have been able to replicate.

The Obamas’ ethnicity is another distinguishing factor. Barack’s blackness gave him a credible air of hip-hop cool. This was a president who could hang with Jay-Z and Beyonce and still look good. Meanwhile Michelle Obama could pull off Carpool Karaoke with James Corden and Missy Elliott in a way that would have been inconceivable for any other first lady.

The relationship between the Obamas is another reason for the success of their brand. Barack and Michelle have an obvious and overt affection for each other. Their relationship has enthralled the world and their early romance became the subject of a Hollywood movie. Despite the intense media spotlight, their daughters appear to be growing up in line with the values of their parents. In fact the picture-perfect Obamas are like a real life Cosby Show family – although hopefully without the horrifying plot twist that later emerged about the real-life Bill Cosby.

The highly sought-after demographic of millennials loved Obama’s brand, but his appeal didn’t end there. He leaves office with an unprecedented approval rating that is a full 20 points higher than the incoming President Trump.

Of course Donald Trump also understands the power of branding and marketing. This is how he stunned the world by winning the presidential race. But Trump has done this by playing the role of a super villain.

In office Obama displayed attributes similar to that of the superhero character of Clark Kent, AKA Superman. He was usually mild-mannered, gracious and possessed a strong moral code of ethics. At the same time he was able to wield tremendous power, a responsibility he took very seriously. Trump on the other hand revels in playing The Joker, endlessly flaunting his power, playing with people’s emotions and upending moral conventions.

In branding terms Obama could be compared with Ben & Jerry's, a brand that is now very much part of the establishment, but retains a sense of fun and hasn't forgotten its campaigning roots. Trump's brand equivalent is, well, Trump: the brash brand he built in his own image into a multi-billion dollar business.

President Obama’s actual policy achievements will no doubt remain the subject of debate for many years to come. But the power of his brand is undeniable. Indeed some have argued that now he has stepped down, Obama’s influence may actually increase.

There has been a great deal of speculation about what comes next for Obama. To use marketing terminology, his role as a market leader has come to an abrupt end as a disruptive challenger brand takes over. Obama has stated that he plans to have some quiet time, but will speak out when he thinks America’s core values may be at stake. How and when this will happen is not yet clear.

I don’t mind admitting that I’m one of those who will be praying that the Obama brand lives on in some form and continues to inspire hope, because that is what we need now, more than ever. 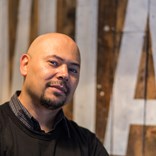 Jonathan joined the Digitas family in January 2016 after 9 years at Engine.

A passionate champion of diversity, Jonathan chairs the Ideas Foundation and is a key member of the team behind The Great British Diversity Experiment.

Before entering the advertising industry, Jonathan spent time as a DJ and launched an urban record label.

On diversity, this year's Christmas ads have done us all proud

VIEW ALL ARTICLES BY Jonathan Akwue

What bankers can teach charities about trust