One of my more surreal moments of 2016 – and trust me, there were several – was being hit square in the face by a Peperami at Brighton Pride.

As someone wedged firmly in the middle of the Venn diagram of queer + millennial + works-in-advertising, I have a lot of feelings about brands and their sudden interest in LGBTI culture.

As such I have tried hard to understand why Peperami thought this appearance at Pride was right for their brand. I can only assume there’s some kind of sausage joke going on.

To me it very much embodied something that’s become more common, and as such is increasingly important to scrutinize.

Big brands are now more than happy to sell us burgers, bank accounts and crisps. I have yet to read an industry report in the last two years that hasn’t mentioned diversity or equality in some way.

It seems as though the widespread perceived acceptance of sexual minorities has meant that our stories and culture are now essentially fair game for advertisers to make money off of. Pride now seems like just another communications channel for them to reach their audience, and everyone wants a piece.

After all, we can get married now, so let’s have a party and not worry about all that assault, murder and torture, gurl!

The systematic oppression of LGBT+ people has led us to organize around creativity and community. The drag scene in particular is a good example of this: a whole new wave of fashion, comedy and art has found its place on mainstream TV via shows like RuPaul’s Drag Race, and to brands that are looking for a zeitgeist to hitch themselves to, this looks irresistible.

However, you shouldn’t get to play a part in queer culture if you don’t help protect it or fight against oppression of queer people.

Changing your logo to a rainbow and shouting ‘yaaaasss qween!’ on your brand’s Instagram for likes is the big business equivalent of a hen party muscling their way into a gay club because ‘the music’s just so fab!’.

So what do I – as someone who is a target for these communications, and whose job it is to affect how brands communicate with their audiences – think we should be doing?

I often feel conflicted when I see LGBTI people represented in brand communications, because surely any representation is better than nothing, right? The cynic in me always wonders if brands are just doing it to get in our favor without actually doing anything to back it up.

Fundamentally, brands, large companies (including agencies) and the people who work for them have to understand their position of power in the world and use it to make life better for the groups who do not have the same privileges, either financially or politically, in a way that does more than just cash in on the pink pound.

To do this, they have to stick their necks on the line and be critical of the current climate that sets LGBTI people up to have their rights taken away. It requires bravery beyond just putting some white cis gay men in an advert and patting yourself on the back.

There are plenty of ways to be a brand that supports LGBTI rights that reaches further than throwing processed sausage meat off a truck one day a year.

If you are planning for Pride like you do Christmas, give something back to the community that allows you to participate. Have your CEO be a vocal supporter of human rights in every country you operate in, not just the socially liberal ones.

Foster an employee culture that enables people to come to work as their authentic selves every day, and support them when they need emotional or medical help to do so.

Improve your customer service so non-cisgender people don’t feel threatened by interactions with your brand either on or offline.

Have your community managers call out homophobia on your social channels – because, like the late, great, unashamedly queer George Michael pointed out, who wants homophobes buying their records anyway?

Those who work in advertising or marketing, particularly in agencies, throw around words like ‘community’ and ‘culture’ a lot, and the best agencies and brands play an important role in influencing both. When we have this privilege, we have to take responsibility to participate and commit in a way that isn’t just superficial.

Showing more diversity in our communications is a great place to start, but it’s important we don’t just stop there. 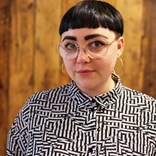 Amy joined global marketing and technology agency Digitas as a graduate in 2014. She works as part of the creative strategy team, specialising in social strategy for Honda.

Amy is a member of Publicis Égalité, Publicis Groupe’s LGBTI network, and was the recipient of Google Squared’s Next Generation Leader Award in 2014.

Out of the closet and into the agency

VIEW ALL ARTICLES BY Amy Nield