Mark Zuckerberg opened this year’s Facebook Developer Conference by plainly declaring, “the future is private.” And while this position has provoked some rightful skepticism, the rest of the F8 event certainly made good on Zuckerberg’s assertion: conference sessions tackled topics ranging from data security, to using machine learning for threat detection, to ethics in design. And at least half of those sessions focused on Messenger.

“If we were to build a private social network today,” explained Messenger’s Head of Consumer Product, Asha Sharma, “it’d be built around Messenger.” Sharma presented directly after Zuckerberg’s keynote, which would become a pattern throughout the conference – Messenger leading the logo roster of Facebook-owned apps, followed next by WhatsApp, with Instagram and Facebook relegated to the middle-rear of the lineup.

The vision for Messenger is to become the world’s fastest, lightest, most reliable and secure messaging platform. They’re tackling that in several ways:

With all of this overt focus on privacy and one-to-one messaging, it might seem like Facebook has taken a step away from its friendliness toward (or even acknowledgment of) advertisers. But their doubling down on Messenger does have some clear and important implications for businesses:

We’ve come a long way in a short time from wondering whether Messenger ads are worth it. The question for marketers now should be: How can we evolve our business to exist naturally in a social environment that has messaging at the core? 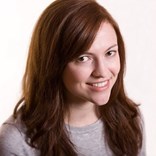