Trust.  It’s the currency of the digital age, ambient in every online interaction, but becoming ever more tenuous as the embrace of technology grows tighter. Last year, public trust in U.S. institutions – and yes, brands are part of the establishment – had its steepest decline (almost 10%) since the Edelman Trust Barometer’s inception 18 years ago.

How can we gauge the state of trust in online marketing, commerce, and media? One way is to study the technology industry’s collective id, also known as the annual Consumer Electronics Show. This year’s CES was an open window into the importance of trust in brand-consumer relationships. Let’s draw samples from the show’s exhibitors to understand the challenges being raised, and for recommendations on how brands can build and hold consumer confidence.

What’s my data worth?

42% of users are willing to share their data when the benefits are clearly explained, with another 21% willing to do so if they feel trust toward the brand, according to research firm WARC. Some of the most compelling new products at CES were those that give users explicit power over their own data.

Israeli start-up Anagog wowed with Jed.AI, a micro-targeting platform that weaves an anonymization layer between consumers and brands. The system allows consumers to control their targeting profiles, and for brands to personalize offerings -- but with unique shopper identities securely obscured.

Another angle came from Permission.io, a blockchain-based marketplace platform that pays users in “permission tokens” for their time, attention, and data. Permission.io represents a possible escape from the ad-driven, click-based Internet paradigm that undermines trust and amplifies media feedback loops.

Recommendation: Make the data exchange worthwhile, and be transparent about the benefits the user will receive.

Industry research company Forrester reported that a staggering 87% of all firms they surveyed had suffered a data breach in 2018 alone. Unsurprisingly, a number of CES products enabled the digital equivalent of building a heavily fortified underground bunker.

Q-Branch Labs showed off the Vektor, a home network security device that uses AI to make comparisons between normal and abnormal network activity patterns. This allows Vektor to provide security without requiring detailed foreknowledge of viruses and other online threats.

Recommendation: Data security is a never-ending arms race. Loudly and proudly own responsibility for the safety of customer data. In a crisis, don’t hesitate to prioritize the best interests of users.

Can we build trust out of math?

The Blockchain is a decentralized digital ledger that uses encryption to answer the Internet’s most urgent question: how can two anonymous parties exchange unique, verifiable digital assets in the online void? (As the Clash sang, “I don’t trust you, why should you trust me?”)

At CES 2019, the blockchain bubbled up in novel ways. Several start-ups proposed “enclosed trust systems,” such as ZOMEKit, smart apartment building tech that rewards tenants with its own form of cryptocurrency for saving energy.

Others, such as Pundi X Labs, sought to curtail online fraud by offering merchant payment solutions built on the blockchain’s robust security.

We can’t trust what we can’t validate. Crystal-clear video of events that never happened, with an undetectable sleight of hand – this technology is immediately around the corner, in the form of DeepFakes and other AI tools.

Modulate AI, a Boston-based start-up, showcased an AI system that disguises and shapes a caller’s phone voice in real-time, allowing them to take on any identity they wish.

Recommendation: The blurrier objective reality becomes, the more users will crave a sense of control and transparency in their digital experiences.

The IoT is creating an explosion of new data sources, but confusion reigns.

As the IoT grows, new sources of data appear, often in unexpected forms. For example, at previous CES shows, infant monitoring was typically done via a physical connection, such as a pulse oximeter clamped to a toe (Owlet). This year, the start-up Nanit demonstrated an overhead camera that used image recognition and machine learning to determine the baby’s health status visually (breathing rate, temperature, and so on). Pixels in, data out.

IoT vendors at CES pushed well beyond wearables this year, to include new data sources such as a neighborhood’s ambient sounds (gunshots and car crashes automatically notifying police, for example, in a smart city package from SeetyZen).

Most striking, however, was the number of companies with a blind spot for the sensitivity and importance of user data. Booth personnel, exhaustively trained on other features and talking points, were often unable to pitch their data policies as effective selling points – a missed opportunity.

Sometimes we need a cloud of our own.

One theme visible among vendors this year was the concept of “edge computing,” which can invoke the power of the Cloud, but in self-contained isolation. Data is less vulnerable when it isn’t exposed to the larger internet.

New devices like the AWS DeepLens camera enable a full range of machine learning capabilities, with all of the AI processing power contained on a chip in the device itself – no Internet necessary. (Sample use case: training the camera to open the garage door whenever it sees a particular license plate number appear in the driveway.)

Snips, a French company, showed off their AI system for embedded voice assistants that run entirely locally and offline. A key implication of these walled-off “onboard AI” systems is the ability to fully avoid GDPR and related privacy issues, a powerful advantage in the context of user trust.

Recommendation: When possible, consider alternatives to “data-sharing by default”.

At every opportunity, brands should aim to give users control and transparency, while being responsible, in word and deed, for the safeguarding of their data. Celebrating the customer’s “data sovereignty” creates a positive boomerang effect in the transactional relationship.

In return for the thoughtful handling of user data, consumers will reward brands with a gift of their own: the priceless asset of trust. 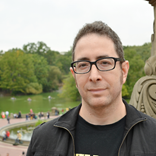