In celebration of Black History Month, ONYX (Digitas’ Business Resource Group for Black employees) ATL kicked things off by stepping out of the office and visiting the Martin Luther King Historical site in Atlanta. We traveled only 3.2 miles from the office, but were able to gain so much insight into what life was like only a few decades ago.

What were we exposed to?

“It was my first visit to the MLK museum. I appreciate that Atlanta has so much history to learn from. As we toured the house, our guide told countless stories. I was struck by the fact that MLK accomplished so much and yet he died so young (39 years old). He grew up playing with both rich and poor neighbors. As a result of the race riots of 1906, the neighborhood saw gentrification and racial segregation. Today, Atlanta is still segregated in many ways; economically, racially, politically. Perhaps the best way to carry on MLK’s legacy is to continue to contribute in any way I can to equality and making sure every voice is heard.

It was also cool to learn that the street is managed by the National Park Service (NPS) and zoning laws prevent the street, including building facades, to change from what it looked like in 1968. I am grateful that future generations will be able to step back in time and learn from this rich history.” - Megan Stewart, Sr. Analyst, Media Operations

“The Martin Luther King Home visiting experience was humbling. During the tour, our group learned about what made the man Martin Luther King Jr, a man whose life and legacy will forever impact the lives of all Americans. We were familiar with the more famous deeds such as the March on Washington, the Selma March, and his “I Have a Dream” speech, but we were less familiar with the man behind the deeds. The tour of his neighborhood and childhood home demystified the legend, making his life more imaginable.

MLK’s neighborhood is preserved to look exactly the way it did between the 40’s and 60’s. When we walked into his home, we traveled back in time and learned about his early childhood chores, interests, family, and experiences that prepared him to be leader of the Civil Rights Movement. By his deeds alone, the man stands as a legend, but through the stories the tour brought to life, we realized that Martin Luther King Jr. was just an ordinary man, like any other man, who did extraordinary things and whose purpose drove him to be a beacon of peace and equality for all.” - Matthew Brown, Sr. Analyst, Search Marketing

What did we think about the experience?

“It was a very informative visit! Really took you back to how MLK’s childhood and upbringing in Atlanta helped influence his fight for equality and civil rights mindset in his later years.” - Aman Garg, Sr. Analyst, D&A

“The historical site exceeded my expectations and then some! Getting caught up in the ‘day-to-day’ makes it very easy to forget about the culture that surrounds us –especially in Atlanta. MLK’s birth home is only a few miles from the Digitas Atlanta office. I mean, if I was about that life…I could walk there. It’s not far at all. I have a better idea of who MLK was and what he stood for through learning about his upbringing. I’m thankful that this is considered a historic site, or better yet, a time capsule capturing an area of town that speaks volumes about what life was like not too long ago.” - Nene Okeudo, Sr. Acct Executive, Acct. Management

What are we walking away with?

“A profound sense of pride and strengthened identity. A unique perspective. And a better understanding of what life was like before the metaphorical walls of segregation started to come down. We got all of that through the story of MLK. With this ONYX event, I was able to celebrate BHM in a way that spurs my will to continue to further my knowledge and push forward towards our goals as a people.” - Gerrett Edwards, Sr. Analyst, QA

While the visit to the Martin Luther King Historical site may not impact the work that we do for our clients, it’s amazing that the ONYX platform allows unicorns to explore the importance of culture, growth and development. It’s clear through these takeaways alone. The best part of it all is that we’re only scratching the surface. We look forward to all that we can do through ONYX, inside and outside of Digitas’ walls, to keep the momentum and conversations going. 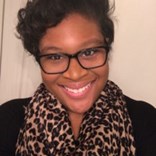 Nene Okeudo is an Account Executive at the Digitas Atlanta office. She has worked at Digitas since 2015.

VIEW ALL ARTICLES BY Nene Okeudo

The 3rd Space - A New Advertising Canvas for Virtual Content