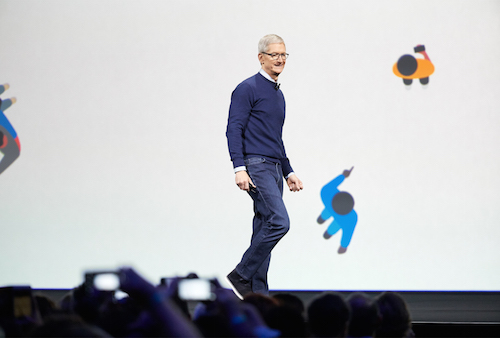 During its annual Worldwide Developers Conference (WWDC) keynote, Apple took aim at new technologies, markets, and competitors. The WWDC is the company’s annual spotlight for its upcoming software plans across all of its platforms -- those plans include going after some major new opportunities: from augmented reality to wireless speakers, as well as renewed focus on some of Apple’s traditional strengths.

Augmented reality on the iPhone isn’t new (who can forget Pokemon Go?), but the technology has now moved from just another promising feature and into the mainstream thanks to the OS-level support in iOS 11. Using the new ARKit framework, developers can leverage powerful AR features for their apps. With iOS 11 (coming this fall), expect AR to start popping up everywhere. After all, it will be a core feature on hundreds of millions of iPhones and iPads.

Is Sonos the HomePod’s Real Target?

Most analysis positions the new Siri-enabled HomePod speaker as Apple chasing the Amazon Echo and Google Home. But it sounds to me like Apple is actually targeting Sonos. While Apple demoed some Siri features, the primary focus for the 7-inch wireless speaker (shipping in December for $349) was on audio features designed for great music performance. Combine that with iOS 11’s ability to create multi-room audio systems—one of Sonos’ biggest selling points—and Apple is stepping onto Sonos’ turf. Siri continues to improve, but it’s still too limited—no sign of third-party Siri apps for HomePod—to make HomePod a true Amazon Echo competitor.

The Mac Is Still a Pro Platform—Now With VR

Apple has barely updated its high-end Mac Pro since 2013, leading observers to question whether Apple is still committed to the Pro market. The answer is yes. Beyond rolling out updated versions of all its laptops and iMacs, the company revealed a $5,000 iMac Pro shipping late this year (a new Mac Pro is also in development). Particularly impressive was a Virtual Reality demo—VR support is built into macOS High Sierra—showing that Apple is focusing on that technology. In fact, Apple’s $600 External Graphics Development Kit for VR content creation is available to developers now.

QR Codes—Back from the Dead?

While everyone was waiting for QR codes to catch on, the world passed the technology by. QR codes aren’t mainstream in the West, but they’re more popular in Asia. Thanks to Apple’s growing focus on China, the iOS Camera app has built-in QR code support in iOS 11. QR apps have been around for years, but like with augmented reality, OS-level support matters. iOS 11 won’t completely resuscitate QR codes, but it should make them a viable option for some uses. 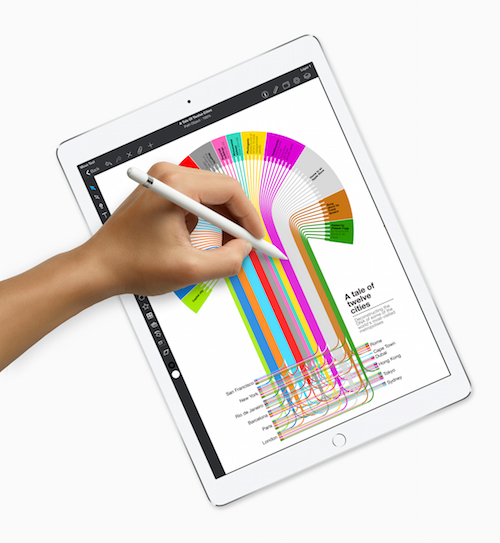 The new 10.5-inch iPad Pro looks great, and iOS 11’s iPad-specific features position the device as a laptop killer for some users: a new file management app, drag and drop, improved multitasking, and system-wide markup. Markup is particularly cool: With the Apple Pencil, users can annotate screenshots, sign forms captured with the camera’s new document scanner, and write on documents. This iPad won’t be enough for power users, but for those that just need web, email, chat, and Microsoft Word, the iPad Pro, iOS 11, Apple Pencil, and a keyboard could replace a laptop.

Many Great—But No Signature—Features in iOS, macOS, and watchOS

Apple’s software platforms all got their customary refresh: watchOS 4 delivers a Siri-enabled face that predicts your information needs and NFC integration with gym equipment. iOS devices get peer-to-peer Apple Pay over iMessage, an improved Camera app, Do Not Disturb’s new driving mode, and more. macOS High Sierra delivers the new, more efficient Apple File System, improvements to Safari’s speed and ad-blocking features (including a feature that will block videos that play automatically, a significant change for advertisers and publishers), and graphic-processing boosts. They’re all great additions, but there wasn’t a signature, ground-breaking feature. That said, the new foundations for AR, VR, and machine learning will power the next few generations of apps and experiences—and that’s pretty significant. 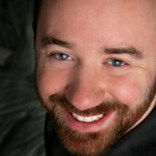