October 18, 2016
Digitas
As originally featured on the Huffington Post 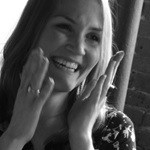