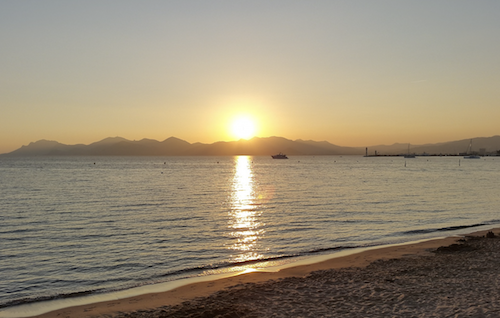 While sipping rose on a terrace last week in Cannes (in other words, while being a walking ... er, sitting ... cliche), I overheard Digitas’s global president Nigel Vaz define company culture as something akin to religion. That is, a tribe united around common beliefs that has a defined set of rituals and self-polices the behaviors of its members.

My immediate thought: sounds a lot like Burning Man.

Which made me realize that, for better and worse, the ad industry's annual early-summer pilgrimage to the south of France shares much in common with the Burner community's annual late-summer trek to the Nevada desert.

Here's the biggest and perhaps most important connection: attendees at both get out of them whatever they put in.

If you come looking for inspiration, there's plenty to be found. If you head out in search of creativity, it's there in abundance. It's equally true that if you come looking to dance the night away or hang out with the same people you would in the "real world" without pushing the limits of your comfort zone, those options also exist.

It's inaccurate to describe either Burning Man or Cannes as better or worse than they were years ago. (I've been going to the former for six years, the latter for a lot longer than that.) They're just different. They are what they are now, and trying to explain to a first-timer what it was like in the early 2000s has no real impact on how they experience it today. Things change.

It also means that, yes, some original attendees may find these retreats are no longer relevant to them, have strayed too far from their original meaning. And that's okay, too. It may signal it's time for those people to find the next thing, or help redefine the existing thing if enough other tribe members agree there's been a loss in direction and value.

One of the best lines I heard at Cannes this year came from the president of the Outdoor awards jury. In deciding criteria for winning work, the jury's primary filter was: "Would I look up, and would I give a shit?" (By the way, the Grand Prix went to Fearless Girl, a bronze sculpture that, like much of this year's winning work, was about a powerful human idea rather than a gee-whiz use of technology.)

"Give a shit" really stood out for me as a rallying cry. Attendees at Cannes and Burning Man should give a shit. About creativity. About inspiration. About participation (note to Cannes attendees: never having set foot in the Palais to look at work is not something to brag about). Both festivals are about spreading the word to others who weren't in the rooms (or the yurts) where it happened. About changing human behavior.

If their cultures are clearly defined, the right people will find their way to each festival for the right reasons, and maybe we can stop questioning whether they're still relevant.

One last common thread: the Snapchat Ferris wheel doesn’t belong in either place.