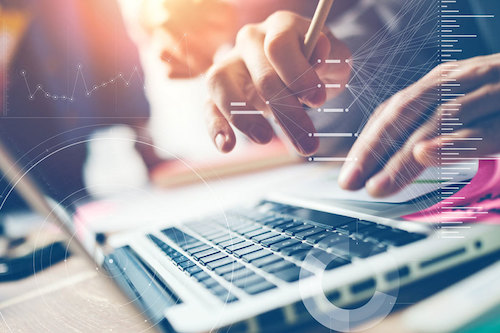 In the world of media, I operate within the primary functions of efficiency and measurability, to the extent that the art of human relationships can seem at risk, almost archaic. We predominantly talk about data segments and patterns, but is there a humanity in data that we can’t lose sight of? Do brands only care about seamless connection points without allowing time to enjoy the beauty?

The inspiring and award-winning work at Cannes shows that this could not be further from the truth.

An innate belief in human inspiration is core to the success of media. Brands striking a chord with loyal customers and engaging at multiple levels is the inspiration; data and technology are simply a means to building that deeper human relationship with the consumer. Below are some examples of work doing just this.

There is an element of quirkiness that can be introduced through data-driven campaigns. Take as an example Google Sheep View,which with the help of sheep and local residents on the Faroe Islands, obtains footage for Google Maps which would otherwise not exist. The use of sheep to help map remote islands in the North Atlantic Ocean is efficient, brilliant and further reminds us to find solutions through human interactions.

Solutions that take everyday, human needs into account are vital. Take an execution like the Tigo-Une Payphone bank, which introduces scale to its customers by converting payphonesinto ATMs for low-income households. We know that efficiency and measurability are at the core of the work, and yet we never lose sight of the human need to improve financial planning and increase the reach of customers. Campaigns like this one are immersive, easy to adopt, and often meet an “unseen” need.

Words are powerful, and Headspace’s Reword campaign reinforces that idea by holding people accountable for the power of their words on social media. In an effort to decrease cyber bullying among youth, the app identifies when insulting language is in play and visually prompts the user to remove it. The ability to quickly foresee a need and solve a growing problem by changing human behavior hits the nail on the head. This holds people to be more accountable, touches lives along the way, and successfully targets the younger audience in an unobtrusive and meaningful way. Data powers the story, but the power of human sensibility is the winner.

As the digital media landscape executes against the power of sound and video, the work is often most impactful when it’s the simplest. This interplay between video and story-telling was best exemplified by the Down Syndrome Answers campaign from the Canadian Down Syndrome Society. The campaign created a video compilation in which people with Down Syndrome answered the most commonly Googled questions about the disorder. The campaign reaches audiences through a factual yet human perspective when it’s needed most. Data proved that the core audience is parents – those who are searching for hope. And the media execution showed those parents that they’re not alone in caring for their children.

The Creative Data Grand Prix win for Digitas andWhirlpool’s Care Counts campaign continued to demonstrate the success of meeting an “unspoken” need. Studies showed that one in five students struggled with access to clean clothes, resulting in absenteeism. After installing washers and dryers in schools, attendance rates and participation skyrocketed. Data helped unlock the framework and a brilliant rollout in schools helped to solve a real-world problem. The accompanying media plans complemented the data and execution by answering the question of scale - success in one school had to be translated to other schools and regions. Using a combination of media awareness, search, and social campaigns, Whirlpool’s Care Counts program continues to grow in impact and will be present in 60 schools by August 2017.

As the awards come to a close, the connection between creative lanes and a business reality, all within the paradigm of human emotions, seems more real and possible than ever before. The data cannot be ignored, but neither can the human behind that data. People have unique perspectives, and as we deliver against this personalization of media, our success lies in understanding and advocating for the arts and science of media 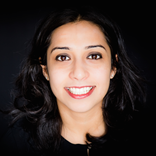 Recipient of the 2017 Adweek Media All-Star (Top 15 Most Innovative in Media) Award and She Runs It (formerly AWNY) Changing the Game Award, Shreya oversees the Media capability for the New York / Atlanta region while leading the Search Marketing & Paid Social capability across Digitas North America.

VIEW ALL ARTICLES BY Shreya Kushari