This was my first time attending the Cannes Lions festival.  My role is in data, so I gravitated towards the categories with obvious data connections, and was specifically excited to see the work in the Creative Data category. I’d seen recaps and been briefed by industry publications and my peers in years past so thought I had a good idea of what to expect. But what I found was not what I expected - data was everywhere. It spanned across categories, channels, topics, and countries.

I noticed a few themes.  First: the extensive variety in HOW data was used.  It wasn’t about results (although results are very important), it was about using data to inspire, inform, and execute in new and thought-provoking ways. In some cases, data was simply the inspiration for something that became a bigger idea, while in others it was foundational to making it come to life.

Here are my favorites:

Second, there are some topics that seem to naturally lend themselves to using data, either because data is more available, or because it has a strong human connection.  Safety is a big one.  Safety while driving, safety while walking, safety while swimming, etc. Pocket Patrol (which uses advanced smartphone technology and augmented reality to help visually identify rip currents) was my favorite because of the real-time aspect of the data and the unique use case.  Fitness is the other topic, but it’s not just about monitoring, it’s about pushing.  Nike Unlimited Stadium (which tracks and visualizes your running data so you can compete with yourself) is an awesome example of that.

Third, AI and Machine learning are going to change the world (but you knew that).  Many of the entries had an aspect of AI in it.  Check out the trailer for Morgan as an example.

All in all, there are five things you must do if you want to build a successful creative data campaign:

Next year, we will see a greater volume of entries, more depth of execution, more use of AI.  I, for one, can’t wait to see what’s in store. 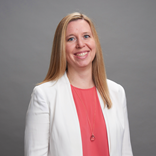