Since Facebook acquired Oculus in 2014, the tech industry has been buzzing about how CEO Mark Zuckerberg would change virtual reality from niche gaming tech to a revolutionary social platform. Now, just 3 years later, the social network has released Facebook Spaces, its first social VR software. And while it’s leaps and bounds ahead of the social competition, it currently feels more like Farmville than The Matrix.

So how does it work?

With an Oculus VR headset and Touch controllers, Facebook Spaces allows you to:

And, for the near future, that’s basically it. In its current form, Spaces is a long way off from the Second Life-like experience many envisioned. In fact, it even falls short of existing VR software like Oculus Rooms, which incorporates gaming and 3rd party apps to a much greater extent.

As a tech demo however, it accomplishes its goal of providing a proof of concept for social-first VR and it has engaged the curiosity of the F8 audience about what VR may become 5-10 years down the road. It also hints at how Facebook plans to go after Gen Z, a generation that values things like real-time interaction, collaboration and gamification as part of the social networking experience – the very features platforms like Twitch and Live.ly have mastered with teens.

Why should brands care?

For marketers, there may be PR value in becoming a first-mover within Spaces. We can expect branded stickers, 3D objects, 360-degree content and more to start rolling out in the coming years. And for those who aren’t patient enough for Facebook to productize it, brands can publish their 360-degree photos and videos on Facebook now in the hopes that users will choose to view it within the Spaces experience.

In reality though, Facebook Spaces—and virtual reality in general—still don’t have the widespread adoption necessary to justify the high production costs for most brands. Virtual reality may be the next big thing, but for now, most people will still be consuming VR content through tech blog headlines, YouTuber videos, and by spinning in their office chairs with cell phones.

In short, virtual reality is still missing its killer app. Facebook Spaces won’t have anyone rushing to Best Buy to spend thousands of dollars on equipment just so they can take VR selfies. However, the promise of a VR future does feel a little bit closer, if only in concept. 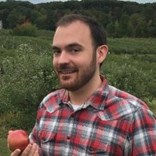