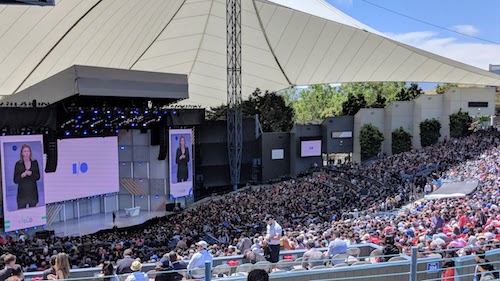 As tech conferences go, many of them come up short on useful information and over index on marketing future versions of their products.

One of the hardest tech conference tickets to come by each year is for Google I/O, their annual developer festival that takes place near their campus in Mountain View. Unlike other software and product companies in the Bay Area, you won’t hear Google talking about their latest ad formats or tools to “monetize” users. And there’s no hype or superlatives about “the most _adjective_ _product_ we’ve ever built”.

So then what is Google I/O?

Simply put, it’s Google’s vision for how the foundation of the Internet will be evolving over the next few years. It’s an amazing mix of raw innovation and product launch announcements. For marketers, this is the perfect canvas to think about how to design consumer experiences of the future and see how the underlying technology of the web is changing.

While mixed reality and self-driving cars are big areas for Google, they didn’t jump out to me as areas to pay attention to. The most interesting spaces for brand marketers thinking about how to stay connected with consumers were Progressive Web Apps, Artificial Intelligence and Voice Assistants.

Is it live, or is it Memorex?

Anyone old enough to have recorded music on a cassette tape likely remembers this memorable ad campaign from the 80’s. It challenged listeners to determine if they were listening to live music - or the analog recording of it. We’re approaching a point where the same question will be asked of Mobile Apps and the Mobile Web.

When new smartphone hardware, like cameras or mobile payments, becomes mainstream, it’s generally available right away for app developers to use. Mobile web sites, on the other hand, generally have to wait months, or years, before being able to access the hardware in a browser. Geolocation, NFC and phone vibrations are some examples of functionality that took time to be available on mobile...

This gap has closed significantly due to standardization across mobile web browsers on technology known as Progressive Web Apps (PWAs). Until recently, browsers like Safari and Microsoft Edge didn’t support PWAs, which limited their reach. With broad support now widely available, PWAs are poised to take off and deliver fluid mobile web experiences that are as rich as what’s available in an app.

This removes the biggest barriers that brands have when contemplating mobile experiences: downloads and cost. Beyond figuring out how to get consumers to download your app amidst the hundreds of thousands of options, is there a business case to build and maintain an app? This is especially interesting if you’ve contemplated an app for acquisition marketing as it removes the download friction with a lower cost option to Test and Learn.

This is one area where Google does an impressive job demonstrating their R&D muscle. Last year at Google I/O 2017, CEO Sundar Pichai declared that the company was developing products AI-first, not just mobile-first. He cited Google Photos as a proof point. The world didn’t need another photo gallery app, but with Artificial Intelligence at the core, they made a rather outstanding photo app.

This year, they talked about AI through two lenses: one for clinical research and the other for using it to improve products. On the clinical side, the stories were very impressive (for example what’s now discernible to a machine after scanning a human retina). And the same technology performing inspiring feats for medicine is widely available to developers as well.

But Artificial Intelligence, as well as the Machine Learning that makes it possible, on its own isn’t necessarily a technology you want to tap into directly. What’s more approachable are APIs that are powered by AI. For example, object recognition APIs allow you to submit a picture and get a list of all of the objects that have been detected such as people, animals or food. This is because machines have been trained with thousands of pictures of dogs, cats, pizza, and hot dogs so that it can easily recognize them.

In addition to making many very interesting APIs available that tap into the same AI algorithms used in Google products, they are also making the underlying technology available for training new models. This opens up a new world for marketers that makes predictive intelligence more accessible. If you have large pools of first party data, what could you do to be more predictive and better anticipate your customers’ needs?

While there are obvious use cases to predict the products a customer might need or content that will keep them on your site, Google spoke about using AI more responsibly for a concept they called “Digital Wellbeing”. Here, the focus is on helping people find balance with their phones, not hook them into spending more time with them. It’s a distinctly different point of view than companies that use AI, along with slot machine techniques, simply to increase engagement.

At I/O, Google showed the latest developments in their voice product, the Google Assistant. The first revolved around making the dialogue more natural and conversational. New updates will prevent users from needing to follow-up after each request with another “Hey Google” as well as being able to process multiple independent requests in the same sentence.

The second announcement involved the ability to set up routines so that Assistant can carry out multiple tasks for you with one command. For example, a Good Night routine could involve setting an alarm for a certain time, lowering the A/C, putting phones into Do Not Disturb and making sure the front door is locked. In some cases, a task may take time to complete, so Assistant has the ability to complete it in the background and follow-up with you later.

This leads us into the final announcement, which literally makes the Assistant more conversational. Google demonstrated how Assistant could be used to make an outbound call to a hair salon or a restaurant to make an appointment or a reservation. Advancements in their speech synthesis to produce a more natural sounding human analog as well as advancements in understanding human speech make this possible. This is where those background tasks come into play. Assistant can take care of making the reservation and let you know later when it’s booked.

While these use cases are geared towards owners of their Google Home device, there is a lot of applicability for how brands might want to use voice-based interactions. The place to naturally start is with your own voice strategy. Voice is more than writing Alexa Skills and Google Actions. It’s about how everything, from the way your brand’s content is discovered to how they interact with you as both shoppers and owners. 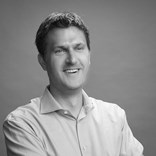