Pink has never shied away from stardom, and why should it? Arguably the color of life and love, pink represents the unmistakable tint of a flushed face in love, and as of late, the entrusted color of millennial marketing.

Brands are known not only for their services and products, but also (and arguably more importantly) for their first impressions, wherein color plays a crucial role. According to consumer behavior research, 90% of judgement is based on color alone. But what happens when one color repeatedly steals the show?

In 2016, Pantone named two colors of the year instead of one for the first time: serenity (a baby blue tone) and rose quartz, better known as “Millennial Pink.” Pantone described the latter as a “persuasive yet gentle tone that conveys compassion and a sense of composure.”

Over the past year, millennial pink has saturated mainstream culture across a multitude of branded campaigns, social media channels and other media catering to millennials. Simultaneously soft and bold, the color encompasses a range of pinks, from raw sushi to rose quartz crystals, exuding an air of unprecedented coolness baby blue hasn’t quite been able to pull off.

The most popular campaigns showcasing millennial pink include brands that appeal to the typical millennial consumer. Beauty and fashion brands, like Glossier, Mansur Gavriel and Acne market their products – with notable success – alongside shades of pink. The visual design of MTV and music albums by the likes of Kanye, Drake and Beyoncé have also incorporated millennial pink. Social media influencers continue to fuel the trend, racking up likes by accenting posts with what’s been called tumblr pink and scandi pink.

Pink’s color spectrum has taken on a myriad of meanings over time, representing new waves of cultural change and perhaps even denoting an imminent zeitgeist in its peak moments of prevalence. In 1918 pink was proudly donned by little boys as a subtle red, whereas post WWII, pink became a color associated with girlhood and female domesticity. Marketers were determined to lure more women into the home, giving soldiers more job opportunities. One tactic used was to design colorfully appealing kitchen appliances like Smeg toasters. And it seemed to work.

Other advertising examples in the late 1900s include Barbie and T-mobile, which used pink identities to respectively attract young girls and teens (remember Sidekicks?). And what about Bubbaloo gum? Marketers ascribed childhood, innocence and femininity to the color pink, pushing it to the forefront of advertising strategies for women and young consumers. 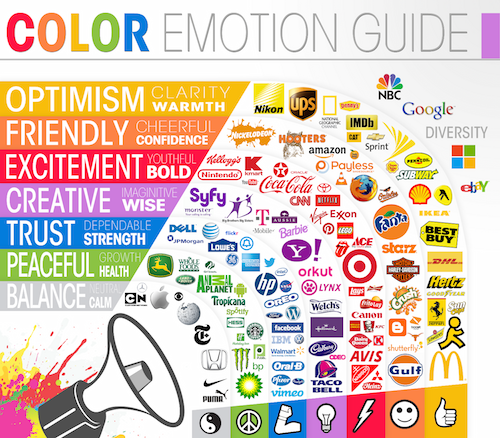 Continuing to shape visual messaging through color, marketers purposely associate brands and products with particular colors that they know are appreciated by niche audiences, like the millennial crowd. And to serve broader audiences, products like the new rose gold iPhone and a handful of pink-themed restaurants in NYC effectively entice consumers across the board as well.

The color pink has evolved with each measurable success, perhaps giving brands of different temperaments more reason to trust the color. This seems to be the case across brands that have adapted their own aesthetic to match the precious pink that, today, floods our social channels.

The honorable shade continues to grow in complexity with each new appearance. To some, millennial pink defines androgyny and the gender spectrum. To others, it represents a mere sense of aesthetic harmony among other colors, a balm in light of recent politics. It can mean minimalism and materialism all in one, whereas for some it symbolizes “wokeness,” an awareness of social issues.

Because of its roots in gender politics and childish leanings, pink has a history that at times contradicts the implications of its ever-growing significance, but it’s not every day that a color is named after a demographic defined by its progressive mentality. Packing substance that resonates strongly with the global power of one of the largest generations in history, the color pink feels like a harbinger of cultural change among leading brands and media giants wishing to speak to millennials.

Even the New York Times thinks so. Take a good look at their new Facebook ads and you’ll find yourself staring at one hip NYT ad of a newspaper whose fame was built on B&W, but transformed by millennial pink. 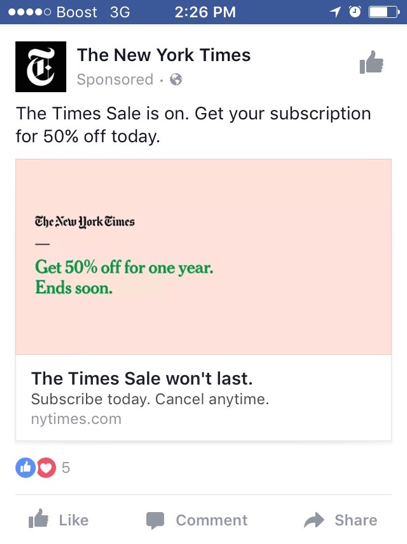 And just think: if a color can be named after a group of people, then why not a brand? Check out “minion yellow” for example. 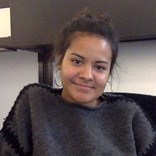 Rebecca Blandón is a DLBi Social Strategist with an endless curiosity for aesthetic trends. Given her bachelor’s in neuroscience from Brown University ('16), she loves exploring the intersectional areas of science, human behavior and design.