With trust in the media at historic lows, how should brands proceed?

In 2014, on his show Last Week Tonight with John Oliver, the host pointed out the dangers of integrating advertising into our news content. And make no mistake, he was partially correct: 61% of individuals surveyed in February 2015 said that they thought sponsored content hurt the credibility of media outlets, while America’s trust and confidence in mass media has recently dropped to historic lows. Trust in institutions is vital to the marketing industry; it is through the trust of the media that native advertising succeeds in the first place.

The debate over native advertising is not unfamiliar: it mimics editorial content (therefore leading critics to fret that it symbolizes the decline of journalism), but is in fact sponsored by brands intended to promote a product or idea. The biggest publishing names sell native content -- the New York Times, Buzzfeed, BBC, and the Wall Street Journal.

There is no question that native advertising has been successful for advertisers. Though it is relatively novel, native ads have become the third most popular publishing strategy behind social and display ads, tying with video ads in a poll of 4,000 marketers. According to a recent BI Intelligence report, the number of ad buyers purchasing native ads increased by 74% YoY in Q1 2017. It’s estimated that 90% of The Daily Beast’s ad revenue is attributed to native advertising. But is the abundance of native ads in fact weakening the effect of the press?

If agencies are to move forward in their clients’ best interest by purchasing native ads, how can they do it ethically? Here are three ways advertisers can stay both business savvy and ethical.

Native ads are helpful, and when leveraged correctly prove to be lucrative for brands. However, ethics cannot be thrown to the wayside. It is advantageous for both the advertiser and the publisher to keep things honest. 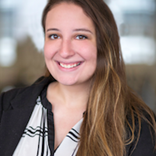 Jamie Ehrlich is a social strategy intern at Digitas. During the year, Jamie studies political science at the University of Chicago, where she serves as the Social Media Editor for her school newspaper, and Managing Media Editor for the College. When she’s not drafting posts or creating content calendars, you can find Jamie competing on her Model United Nations team or exploring the city of Chicago.