The recent flurry of contracts between Netflix and entertainers – both famous and not famous – has sparked interest amongst audiences and made Netflix into more of an influencer channel than a television competitor. Recent example: Jerry Seinfeld. Five years ago, Seinfeld launched his web series Comedians in Cars Getting Coffee (CICGC) on Sony’s free Crackle video streaming service. The show itself has a simple yet delightful premise: Seinfeld driving around in a beautiful old car with a fellow funny friend, stopping at a coffee shop to enjoy caffeine, food, and conversations about life’s antics. Episodes are roughly 20 minutes or less, but nothing feels rushed as they enjoy their day, completely unscripted. It’s the kind of show I didn’t know I needed in my life until I saw it.

Nine seasons later, Seinfeld is ending his partnership with Crackle and taking the series to Netflix. This move seems like a clear win for his career, as it puts him among the ranks of other big entertainers who have also recently signed on with Netflix. But while this reportedly $100 million deal has a few perks in store for America’s favorite observational comedian, Netflix is about to reap some benefits of their own as well. 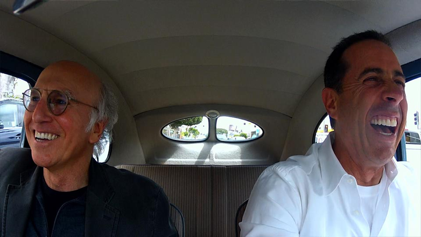 More than just comedians in cars

The partnership between Netflix and Seinfeld further solidifies the company as a content producer rather than just a distributor. Neither a traditional-style show nor standup special, CICGC brings a new form of unscripted comedy entertainment to Netflix. Netflix’s “content clout” and willingness to grant Seinfeld artistic freedom also shows that they have a lot of flexibility with their programming. They treat their content creation differently than traditional cable networks – using data to infer how to best invest in content lets them be nimble in a transforming, tech-focused entertainment space.

Netflix’s exclusive CICGC partnership with Seinfeld not only opens the door for more programming, but more importantly, it’s an investment for return on new subscribers. Rather than focusing on aggressive subscription tactics, the streaming giant leverages its owned social channels to pique the interest of non-subscribers who can see them without giving away too much context. With shows like Making a Murderer and Stranger Things, both of which have attracted a cult following, Netflix has ignited a stream of online commentary from viewers, to both incite interest and sustain marketing momentum on its own.

Netflix is beating out major streaming competitors, too. According to a recent qualitative study by Parrot Analytics, consumer demand for Netflix original content is on average 60 times higher than Crackle’s. Demand for the same content surpasses that of Hulu and Amazon Video as well. This study measured areas like social media chatter, country-specific activity of video streaming, and fan/critic commenting, all indicators of how much people are gravitating to these favored shows. 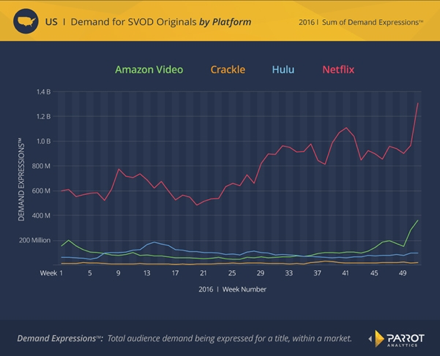 Netflix’s cache as a media giant will give CICGC and future Seinfeld-directed programs the visibility they deserve. Needless to say, it’s clear that today your influence is determined by how you measure up on a non-traditional entertainment platform like Netflix, because that’s where all the eyeballs are.

Adding the CICGC series and future projects to Netflix’s abundant library promotes new viewership, fueled by a data-centered creation process that Seinfeld didn’t have before, and creative power ensures he gets to use that data to make exactly what he wants, on his terms. House of Cards and Orange is the New Black are just two examples of shows created because of data insights, which demonstrates how crucial consumer input is today. Five seasons later, and both shows are as popular as ever with viewers -- a testament to how insights positively impact creative direction.

No longer just a company sending DVDs in the mail, Netflix gained Seinfeld’s interest with an enticing opportunity to grow viewership and call the shots on new content. Season 10 of CICGC airs on Netflix at the end of this year, and while definitive release dates for Seinfeld’s other programs are still to be announced, I have a feeling whatever they do put out will be an instant success with viewers. I’ll be waiting with bated (coffee) breath until that first launch date is announced. 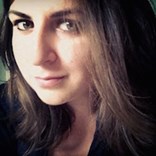 Kristen Fritz is a native Floridian and member of the Social Strategy team at Digitas. Her favorite things are traveling and reading, whether it’s on consumer marketing trends or home architecture and design.