Pinterest went public last week at a $10 billion valuation. The news is not a surprise for the visual discovery platform that launched in 2010. However, despite a growing user base and continuously increasing revenues, the company did not turn its first profit until Q4 2018. So what will Pinterest do to drive profit in its post-IPO era?

Placing a bet on e-commerce

Pinterest continues to see itself as a unicorn in the marketplace, writing in the S-1 filing: “Pinterest is not a pure media channel, nor is it a pure utility. It’s a media-rich utility that satisfies both emotional and functional needs by solving a widespread consumer problem that is unaddressed by many other platforms. We call it discovery.”

The kicker is that Pinterest will have to make discovery profitable, and that means building out e-commerce capabilities.  Pinterest launched shopping ads, analogous to Facebook Dynamic Product Ads or Google Shopping Ads in Q4 2018, but still needs to find its niche to drive value.

Pinterest will need to both carve out its niche e-commerce capability and scale it in order to compete for profit in an already crowded marketplace.

In the meantime, Amazon, Google and Facebook are already differentiating their e-commerce foundations to drive increased profitability:

With all this in mind, how can Pinterest make itself more relevant in the world outside of these giants?

Pinterest’s user base has very diverse interests, as seen in Pinterest’s top 100 trends for 2019.  Knowing this, Pinterest may be able to differentiate by pivoting to an e-commerce feature for a wide range of products including food, interior design and beauty. This would be prudent as Instagram’s focus lies mainly with fashion, working closely with brands like Nike, Michael Kors and others.

Pinterest also has a unique capability in visual technology, having been a first mover in the space with its Lens, a visual search tool that uses machine vision to detect objects and suggest related items. Google, Amazon and Snapchat have launched similar technology without much fanfare or use cases, and without much visual accuracy.  Monetizing the Lens and giving it e-commerce capability would be a huge breakthrough for Pinterest and truly set it apart in the marketplace.

The discovery tool has a lot to discover about monetization, but has a real opportunity to define itself in the marketplace in 2019. The IPO is just the first step of the journey. 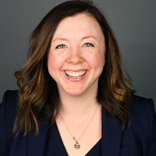