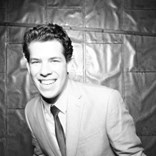 Be in the moment or be somewhere else: How to leverage Twitter

VIEW ALL ARTICLES BY Chris Quintero

The Next Wave of Augmented Reality Will Change Content Forever