The ad tech community descended upon New York City October 15-16 for Programmatic IO (see my recap from the Spring Programmatic IO here). Here are three themes that had the crowds talking on and off stage that brands and marketers should know:

Connected TV didn’t just take center stage at this Programmatic IO, it stole the spotlight. With viewership continuing to shift towards web enabled TV services, the inventory has enough scale and maturity to make it available to programmatic buyers. Now, marketers are evaluating how it fits into their media strategy. Topics included addressability, measurement, and where CTV belongs in the funnel. The biggest underlying question out of these conversations – is it digital or is it TV? Our industry is notorious for letting unclear categorization and measurement get in the way of advertising dollars following consumer attention (mobile, anyone?), but hopefully 2019 will be the year of CTV.

SSPs are Under Fire

All sides of the industry were calling for greater transparency into programmatic…not new or surprising. But what was new, is the direction they were pointing towards. Supply side platforms have historically flown under the radar of scrutiny because their relationships laid squarely with publishers, and their shady tactics almost always resulted in greater revenue for publishers. But marketers had their pitchforks out, and are demanding change from the supply partners.

One hidden theme was that DSPs are beginning to strike direct partnerships with publishers, circumventing the SSP entirely. While so far this is contained to DSPs who otherwise have relationships with publishers (think Amazon), conference whisperings say that other DSPs have begun conversations as well.

SSPs are getting the message loud and clear. Just one day after Programmatic IO ended, a band of 6 major SSPs wrote an open letter to TAG (the Trustworthy Accountability Group), calling for an independent audit of all supply partners in the industry. OpenX, Rubicon, SpotX, Telaria, Sovrn, and PubMatic outlined a set of principles and agreed to be audited on those principles in the coming year. Noticeably missing from the band of brothers was Index Exchange, who have taken a lot of heat over the past few months regarding shady bid practices, AppNexus, who is likely still sorting out how to spell Xandr, and Google…because Google.

Everyone at Programmatic IO was decidedly certain that programmatic media buying will continue to grow. Due to concerns around brand safety and control, buying directly through programmatic pipes is becoming more alluring to marketers. eMarketer presented that by 2020, four out of every five programmatic dollars in the US will flow to PMPs or guaranteed deals. This will not come at the expense of open exchange, but instead will contribute to the growing share of dollars being transacted programmatically. These deals provide the benefit of programmatic (workflow automation, holistic frequency control, audience decisioning), with the benefits of direct buying (control, first look at inventory).

Between now and the next conference in April, brands should be sharpening their data privacy skills, making sense of blockchain, and preparing their entries for the first ever AdExchanger Awards. 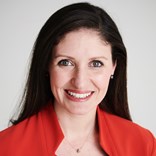 Liane is the Head of Precision Media and Investments for Digitas North America, overseeing audience-based buying, with a team of over 75 programmatic experts who take a data-first approach to media activation, nimbly moving through various data management and demand side platforms. Before joining Digitas, Liane spent five years at Hill Holliday, now Trilia Media, where she oversaw platform media buying for clients including Marshalls, HomeGoods, Liberty Mutual, and John Hancock.

The Death of the Cookie Is the Symptom, Not the Illness

VIEW ALL ARTICLES BY Liane Nadeau

Elevating Sitecore as the Next Digital Experience Platform