Four ads that didn’t ignore it

Nearly half of this year’s Super Bowl audience was expected to be women, but advertisers skipped the gender discussion like a bad pre-roll video. The game generated ad revenue equaling the GDP of a small country (estimated $414MM), but noticeably absent were messages of empowerment that resonated in years past. Where were the moments like Always’ #Likeagirl or Goldiblox? Brands with celebrities and a sense of humor were the clear winners. A formula that kept brands in the safe zone.

But while most ads were targeted toward men, organizations like The 3% Conference and The Representation Project, recognized brands that exercised inclusion and diversity (and called out those who didn’t). They rallied ad pros across events in San Francisco, New York, Boston, Denver, Los Angeles, Miami and at home nationwide to evaluate ads using a three-step test that asked:

- Is she defying stereotypes? 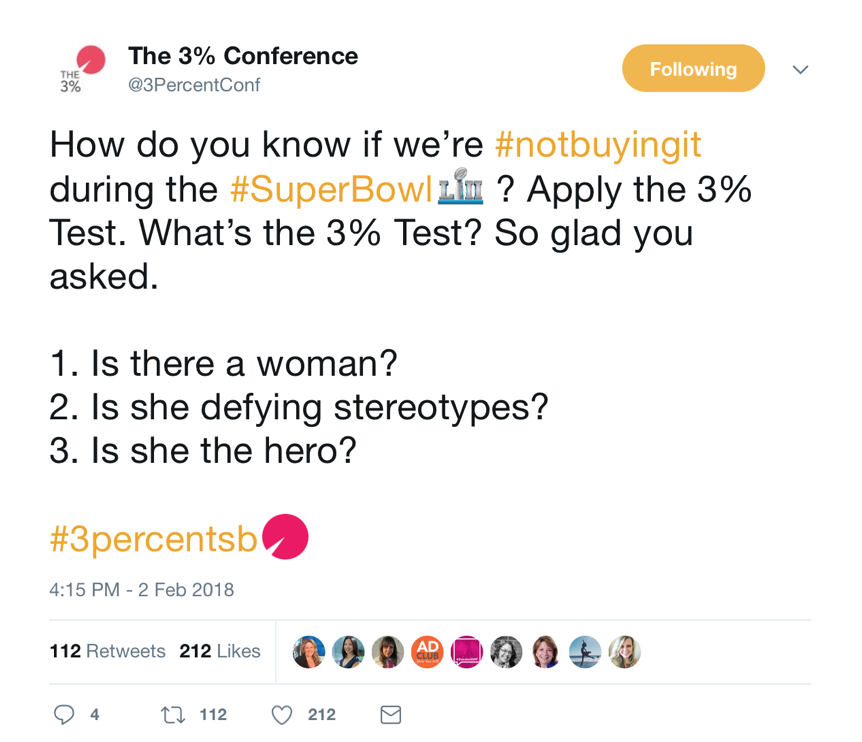 Ads fell within two categories--#MediaWeLike for positive, forward looking ads, or #NotBuyingIt, for negative or unrealistic representations in advertising. Not surprisingly few brands “passed” the test, but some made a statement on gender in advertising. Here are four #MediaWeLike spots that passed the test on Super Bowl Sunday.

Tide Has What Women Want--"It’s a Tide Ad"

Tide and David Harbour weren’t exactly 3% friendly in all spots, but they created ad brilliance and smashed the mold. David Harbour brought levity to traditional male-dominated ad formats in cars, beer, and insurance, and took pressure off gender stereotypes. Cleaning ads have historically placed women in domestic situations, often as the nurturer to illustrate housework. 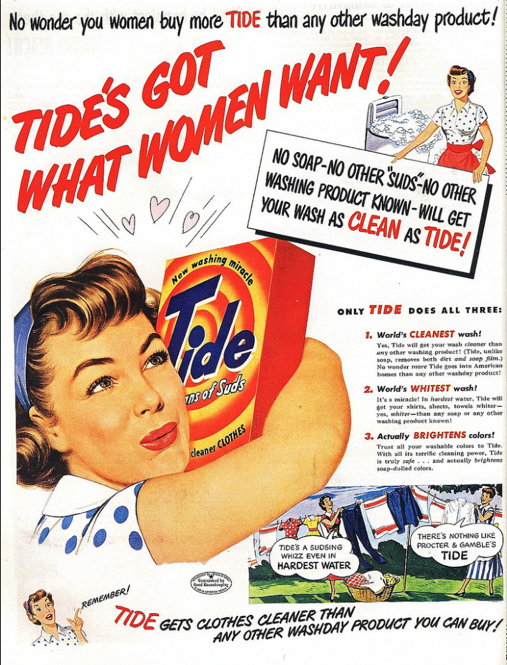 Coca Cola’s Non-Binary Moment in “The Wonder of Us”

Coke’s classic happiness formula took a progressive turn with the introduction of non-binary pronouns in a spot that spoke to “them”, “she”, and “him”. Free the Bid founder Alma Har’el directed and was just 1 of 4 women to direct a Super Bowl spot. The poem was authored by Wieden & Kennedy copywriter Rebecca Wadlinger, who also gifted us this beautiful companion print piece. 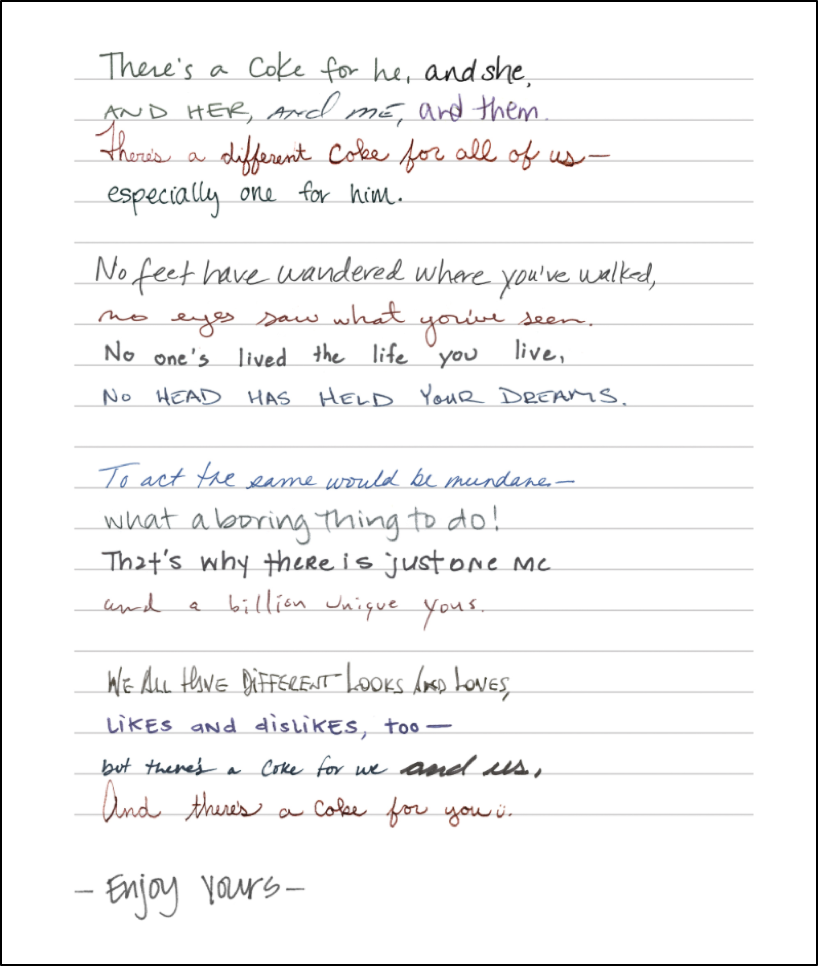 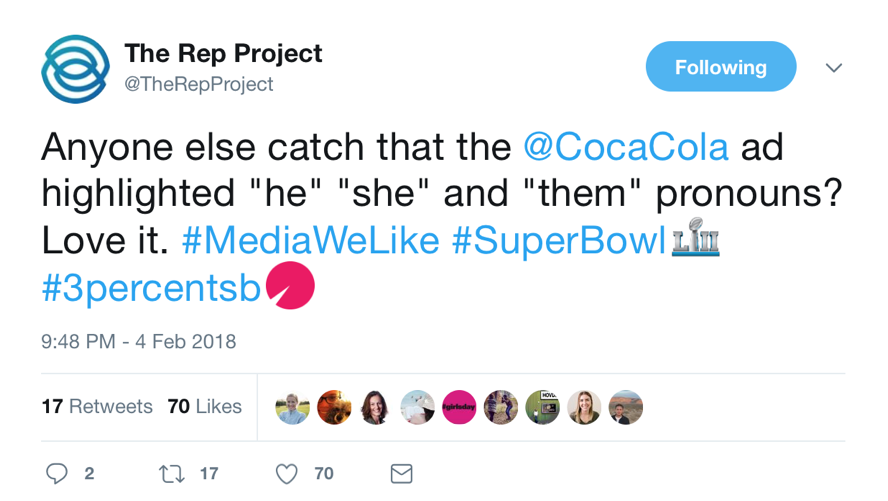 The Diet Coke spot ranked last on Ad Age’s tracker, and may not have been the right flavor for general market advertising, but casting actress Hayley Magnus and her shining personality was a win. Men had 2.5 times as many leading ad roles than women in last year’s Super Bowl LI, which was just slightly better than 5 years ago when men had 3 times as many, according to the Ad Age Super Bowl Archive. Plus, the spot was born out of a short-form social shoot before it became a Super Bowl ad.

The Dirty Dancing spot failed the 3% test, but in the wake of a multi-year PR crisis, this ad was a win. The NFL tackled their hyper-masculinity problem head on and avoided the usual sports clichés. The spot had even the strongest critics laughing because “real men dance.” 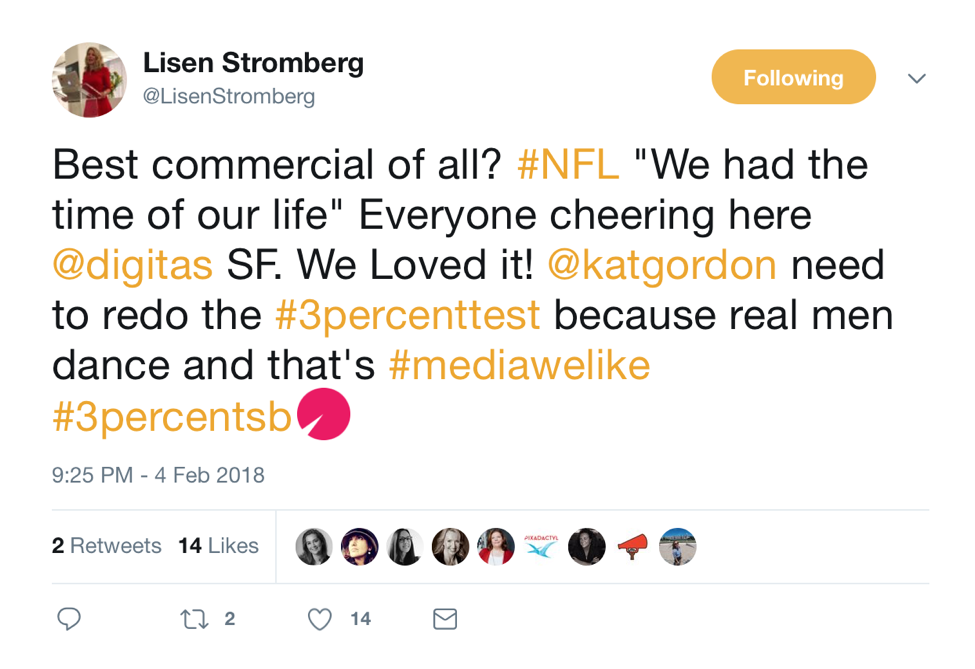 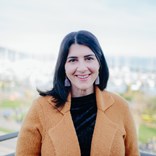