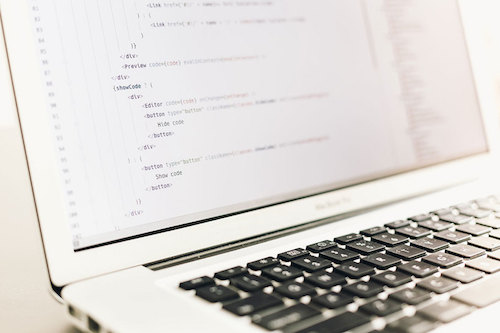 Much has been said about the advertising industry and the lack of transparency in media planning and buying.  Clients are demanding more visibility into the fees -- they want more understanding of how the plans are built and they want to receive more up front disclosures of how their working budgets are spent.  We have the same, albeit completely opposite, problem in advertising with campaigns that rely on technology.  Simply put, technology has too often become the idea in and of itself, rather than the enabler of a great idea.  But this year at Cannes we saw many examples of technology-as-catalyst for great ideas, big and small.

Cannes is not just for ad campaigns

The annual summer pilgrimage to France that is the Cannes Lions Festival is to creative directors what the Academy Awards are to movie directors.  While the audience has diversified considerably in the last 10 years as agencies, clients, media companies, ad:tech vendors, social platforms and now consultancies are present, what hasn't changed is the singular focus on recognizing the most creative work of the year.  And as our lives are increasingly dependent on technology, whether we’re asking Alexa if we need to grab an umbrella on the way to work, or checking Google Maps for the fastest route, advertising ideas are increasingly dependent on technology.

While Cannes still has many categories dedicated to traditional advertising mediums, there are plenty of non-campaign ideas related to everything from mobile to usage of social platforms.  It's a blurry world where an entry heavily dependent on technology can be shortlisted in a dozen different categories.  This illustrates how hard it is to define what counts as digital and what counts as technology.

The Secret Formula to Winning Ideas

After spending time looking across all of the categories to determine what makes the elusive shortlist, and what will eventually take home a Lion, there's a three-step formula that became apparent.

Step 1: When you have a rich insight coupled with a complex problem to address, the result is a choice to either a) Do Good and set off on a course to save humanity or b) Do Something Useful and scratch an itch that people actually have. Cannes is filled with a mix of campaigns that raised awareness around social issues as well as helped sell products.

Step 2: Blend the creativity elegantly with data and technology to activate the idea.  If all goes well, you’re good to move on to…

Step 3: Show Results.  After all, effectiveness matters and you need to show that you made an impact.  For the work that won Lions, this is a repeatable formula.  There's a sad legacy of phony entries and ghost products that never actually work in the real world.

Below are a couple of examples of winning work that executed against these steps.

One Gold winner, the Payphone Bank, turned 13,000 old pay phones in Colombia into micro-savings bank branches by allowing customers to deposit coins directly into their accounts.  The insight was that 8 million Colombians lack access to a banking system and put themselves at greater risk of theft by keeping their savings in their homes.  Behind the scenes, a tremendous amount of technology is deployed to calculate how much was deposited, move it into an account, and even allow clients to pay for utility bills and subway fares with the most basic mobile texting feature.

Adidas won Bronze for the Green Light Run, an urban marathon that navigated through Tokyo, where traffic lights are a particular problem for runners: they lead the world in the number of signals at nearly 16,000 (compared to 12,000 in NYC).  A Big Data exercise, this involved analysis of traffic patterns and signal data to find an optimum route that didn't require stopping and provided turn-by-turn directions.

While defining the problem is pretty straightforward, where it gets harder is blending creative, tech and data in an innovative and non-obvious way.  In both cases, Payphone Bank and Adidas executed well on the 3 steps by starting with a defined need and then crafting a solution that could only be delivered with a sophisticated level of technology.  And both delivered actual results that addressed the problem.  My suggestion for agencies looking to replicate these successes is to make sure you always start with an integrated briefing.  Bring in your data and technology experts for their insights and thoughts on how to push the idea further.  Don't let a great idea die because of "could we even do this?" thinking: because embracing a complex solve could make all the difference. A Hater's Guide to Cannes