Last month, news broke that Facebook has been working on its latest standalone messaging app, which they are calling Threads. After abandoning Direct, Facebook’s previous companion messaging app for Instagram, what is different about Threads? Mark Zuckerberg stated in March that he sees private messaging as the future of the company. Threads seems to be the next step in that direction.

Early reports show that Threads is meant to promote constant and intimate sharing between users and their close friends. The app is designed to be a companion to Instagram and in addition to typical sharing abilities like pictures, videos and text, Threads will also invite users to automatically share their location, speed, and battery life with friends.

Threads offers the ability to opt into these automatic sharing features, so the app will regularly update your status. Unlike Snap Map, for instance, Threads will not give exact locations. Instead, it might say something like “on the move”. The app will also allow users to update statuses manually, appearing in a main feed along with other messages. The true core of Threads appears to be messaging and doesn’t appear all that different from what Instagram currently offers for messaging, including online signification and an in-app camera.

The idea of creating an app built around your close friends is something that Snapchat provides for the majority of its users, and we know Facebook has long craved the strong engagement that Snapchat receives from its Gen Z audience. Is this simply their latest attempt to chip away at their rival’s appeal? Could Instagram’s larger audience reach allow Threads to overcome Snap?

For users, this extension of Instagram could become a central platform for private messaging. While it would be a challenge to encourage Snapchat’s young audience to migrate from one platform to another, the features that Threads is developing could pose a substantial threat.

Looking at the similarities between Snapchat and Threads, it seems like a gamble that the app would offer an automatic location sharing feature. And would this function promote transparency or turn users off?

Threads could help Facebook tie a bow on its future

Coming out of F8, Facebook announced that it is trying to integrate their platforms more seamlessly, which includes WhatsApp, Facebook, Messenger, and Instagram. We also know that private messaging is the next frontier for brands to conquer in order to create meaningful interactions with their audiences.

Whether it’s a clever solution to survive an antitrust break-up or a strategic pivot in the face of filling feeds, with Threads, Facebook is experimenting with an entirely new interface in a space that’s largely untapped by advertisers hoping for fruitful connections between consumers and ultimately brands. 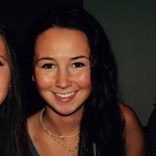