The Truth
Each year, fall marks leaves falling, crisp air, and the kickoff of new (or final) seasons of the nations’ favorite TV shows. With growing popularity of streaming services like Netflix, marketers are challenged with how to reach “cord-cutters” – individuals 18 years and older who no longer watch or pay for traditional TV. According to eMarketer, the number of US “cord-cutters” will climb by 32.8% this year to 33 million (25 million in 2017). To connect brands with OTT viewers, Digitas took its “Truth. Connection. Wonder.” approach to identify the top five TV series for fall based on online search interest.

○     Docuseries gained popularity in 2014 and have maintained an upward trajectory since then, with popular titles like Making a Murderer and Chef’s Table.

○     The interest in “docuseries” continues to grow, with a 186% increase in search query YoY. “Netflix docuseries” in particular is gaining traction, with a 300% increase YoY.

○     Since docuseries can span genres, crime TV lovers and sports fans are in luck. For those who seek thrilling crime shows, HBO’s The Jinx and Netflix’s Wormwood are worth checking out. As for those who prefer football over murderous mad men, Starz’s new Warriors of Liberty City will keep your eyes glued to the screen.

○     With the return of American Horror Story this fall for its 8th season, and newcomers like Hulu’s Into the Dark and Netflix’s Chilling Adventures of Sabrina, horror shows are on viewers’ minds.

○     Tuning into the upcoming fall horror shows can also double as Halloween costume research. Give your Stranger Things costume a break this year and try on a Sabrina Spellman-inspired costume for size.

○     Binging old episodes of Friends or The Office is still as good as ever. However, content providers like Netflix, Hulu and Starz are focused on creating new original series that have audiences hooked.

For years, crime shows have been synonymous with Law & Order or Criminal Minds. Now there’s a wave of new crime shows making a name a name for themselves, such as Mindhunter and Better Call Saul.

○     Crime shows surged in popularity in 2014 and have continued to gain popularity with 4% growth YoY. Interest for “true crime” is on the rise as a breakout query in 2018.

○     Since the Netflix premiere of BoJack Horseman in 2014, the streaming service has released five other original animated shows that deal in mature themes.

○     The term “Netflix cartoons” saw the highest ever interest in search volume this month as the cartoon show Disenchantment premiered. More animated shows are scheduled to be released later this year on Netflix.

○     Streaming services are playing a part in the animation industry growth -- it was named one of the fastest growing industries in 2017 by Business Insider.*

As consumer appetite for streaming services and content grows, programmatic video and connected TV represent a valuable opportunity over traditional TV advertising. During the summer, Netflix began testing ads on a platform that resembles Hulu’s ad experience. Also in Q2 of this year, Roku reported a 96% growth in revenue attributed to subscriptions and advertising.

Simultaneously, traditional premium TV networks are rethinking the ways they deliver content to reach “cord-cutters”. HBO, Showtime, and Starz are now offering content as standalone subscription services via Amazon Channels, Roku, and proprietary apps rather than solely through traditional cable providers. The combination of data-driven targeting and its growing reach makes connected TV advertising an attractive channel for advertisers to tune into. 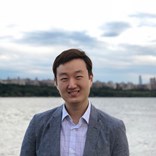