After night one of the annual 3% Conference wrapped up, myself and a few of my colleagues from Digitas headed over to an afterparty at the Gramercy Park Hotel. After stepping off the elevator and walking into the party, I quickly came to the realization that I was the only man in a room full of creative women from around the country. Finding the situation a little bit funny, I pointed it out to one of my colleagues, who replied something to the effect of “now you know how it feels.”

While somewhat of an interesting coincidence, I quickly realized that while it seemed similar on the surface, the situation was fundamentally different for one important reason: choice. I had made a choice to attend the party with my female colleagues, and I was welcome to leave at any time (and of course, this wasn’t my job- it was just a cocktail party).

However, many women in the creative industry don’t have the same luxury. Often, they are isolated and stuck dealing with men who ignore, belittle, undermine, and harass them on a daily basis. And the solution is often not as simple as just walking out the door.

Sexual harrassment is the #1 enemy of inclusion and diversity

In light of the fallout from the Harvey Weinstein scandal, sexual harrassment and assault were at the forefront of many of the conversations. When asked by a speaker whom amongst the crowd has experienced sexual harrassment in the workplace, nearly every woman’s hand in the room shot up. In a panel called “Daughters of the Evolution”, several prominent female creative directors appeared alongside their young daughters and spoke of their own experiences with sexual harrassment in gut-wrenching detail. And one of the most poignant moments came from Cindy Gallop, who argued that “sexual harassment is the single biggest business issue our industry faces.”

After seeing so many hands raised in the room earlier, I couldn’t agree more.

As many speakers pointed out, when environments are made to be more inclusive of women, people of color, and LGBTQ+ people-  a greater variety of ideas can be put forward, and the work will prosper.

But it is not solely the duty of these groups to advance their own causes. None of this can take hold in a workplace where harassment and discrimination (in moments both large and small) are allowed to continue unchecked. Men, and especially white men, need to do more to call out this behavior when they see it, and put a stop to it before it creates the kind of toxic culture that prevents a diverse workforce from thriving. 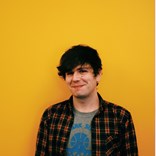 Sean has worked in Experience Design at Digitas since 2014. Prior to that, he worked as a Marketing and Web Development Specialist.

The Big Business of Making Connections with Diverse Travelers