- The annual report sets the benchmark for creative excellence worldwide, and is released every year, approximately 4 months after the Cannes Lions Creativity awards take place.

- The Special Awards category rankings are based on an accrual of points per award – with Grand Prix carrying the most, followed by Gold, Silver, and so on. Shortlists also carry a point.

- DigitasLBi’s campaign in partnership with Whirlpool, Care Counts, raked in the Creative Data Grand Prix, in addition to Gold, two Bronze in the PR category, and 3 shortlists this year at Cannes.

- This news comes on the heels of recent wins for Care Counts at the London International Awards (LIA). The campaign took home 5 statues total, bringing the total medal count to 43 in the last 12 months, across a variety of categories – Creative Data, Research, Branded Entertainment, Social Awareness, Strategy, Marketing Effectiveness, Media and Brand Purpose, and more. 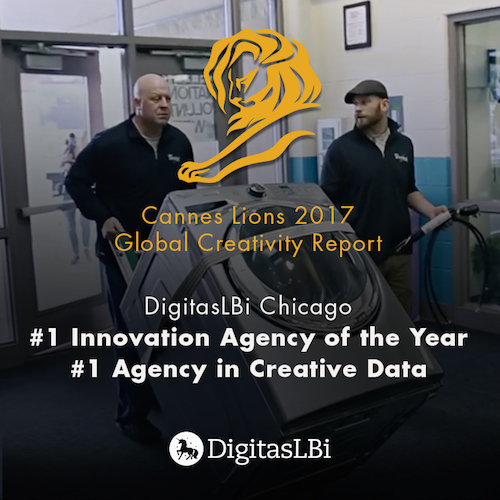