Orkut was (apparently) a Google-owned social networking platform launched in 2004 that, believe it or not, had a larger community than Facebook at one point. It took three years for Facebook to overtake Orkut, and as we know, Facebook has grown exponentially ever since.

Orkut and Facebook are just two examples of the constant changes in social media since the early 2000s. We’ve seen the rise (and fall) of Myspace, Bebo, Vine, Reddit, Flickr, Tumblr… the list goes on.

But it’s not just about the platforms themselves, there’s also been a constant shift in the way social networks are positioned. In the early days, social networking was all about relationships between people; it was a two-way conversation. Then they started to allow brands into the mix, and there was a shift from ‘person to ‘person’ to ‘brand to person’ interaction. This is what we now call paid social.

That’s when things started to get complicated.

The paid social media landscape is constantly changing and evolving. It’s no longer a matter of years for changes to happen, like when Facebook overtook Orkut. Now, when you leave your desk to get a coffee in the morning, it’s pretty likely a new product or feature will become available. I managed to count fifty paid social updates from the major players in 2016 alone. That’s 50 new things to learn, 50 new things to understand and 50 new things to test.

So the question is: how can we stay on top of it all? How can we turn the overwhelming into something that’s manageable and productive? I’ve come up with my five top tips for how to succeed at paid social…

As much as we get tempted to test all of the platforms and all of the new features and formats that come with them, we have to remember that they’re not all relevant for every brand. You need to think about where your customers are. If they’re not on a certain platform, you shouldn’t be there either.

I always tell my team: go beta to get better. The only way we can know if things are really performing well (without using benchmarks) is to test and learn from them. If you really want to make an impact in the paid social landscape, you should reserve 5-10% of your budget for testing new ideas, new products and new platforms.

Build relationships first, do business second. Maximising your relationships with agencies, clients, tech partners and publishers will open doors to new products, product roadmaps, better deals and new opportunities you may not have otherwise known about. You’ll become part of the future of paid social.

Connect the dots by connecting people. Get your team to do what they’re passionate about and they’ll become advocates for specific areas of interest. Create a Centre of Excellence for people to share their paid social knowledge and experiences. It doesn’t require much time or effort, but can be invaluable.

The paid social arena can be an overwhelming place to be, but there are simple ways to turn the overwhelming into the productive:

This is the write up of a talk given at the IAB's Social Media’s Future Evolution conference on Wednesday 17 August 2017. 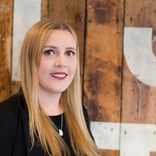 Head of Display and Paid Social

At Digitas, Cibelle leads the Display and Paid Social media efforts and strives to drive cross-channel integration with a data and technology led approach.

Cibelle brings 12 years of experience in the media and advertising industries, in Latin America and in the UK working at Ogilvy and Starcom MediaVest on big brands such as Samsung, P&G and IBM. Her experience across display, search and social give her an interesting creative view on the world of digital media.