- 45 Irving, the brand design unit within global agency DigitasLBi, teamed up with Cards Against Humanity (CAH) to brand Prongles, a new brand of chips sold at Target across the US for one day only (Black Friday).

- For Black Friday 2017 (November 24), CAH left the gaming business and entered into the saturated potato chip business to sell their new chip brand, Prongles, available in every Target store across the US.

- 45 Irving worked with CAH to design and create:

- Since launch: Prongles have sold out online and in Target stores nationwide; the initial leaked photo of Prongles, posted on Twitter by Buzzfeed editor Kat Angus, has been retweeted 25K+ times, liked 73K+ times, and received over 1K comments. 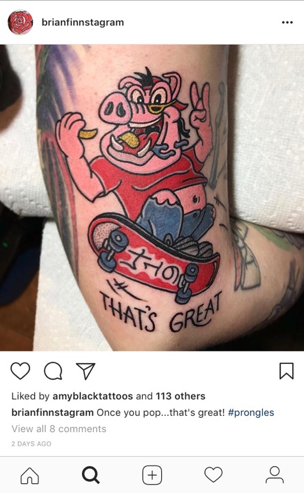 - “While this was a brand and idea made for a prank, our design team brought the same level of rigor and research we would to any branding exercise. We needed to build the brand from the ground up in a believable and meaningful way. So, we identified the hog as the mascot, because they’re one of just four animals that eat potatoes as part of their regular diet. And we chose the colors pink and purple for the ‘original’ flavors because, while doing a competitive landscape audit, we were able to identify those colors as an area of opportunity that CAH could own.” – Matthew Jacobson, EVP/Global Executive Design Director, DigitasLBi and 45 Irving

- “The setup of the joke is for Black Friday, the most commercial and business-y day of the year, we make the worst possible business decision. The secret that makes it work is that we worked harder on this than anyone would reasonably expect. We had the idea that we’d have an extreme mascot, like a chip eating other chips. But the DigitasLBi team came up with the idea of the hog because their research showed that hogs are one of the only animals that would eat potatoes.” -- Prongles Chief Flavor Officer and CAH co-creator Max Temkin 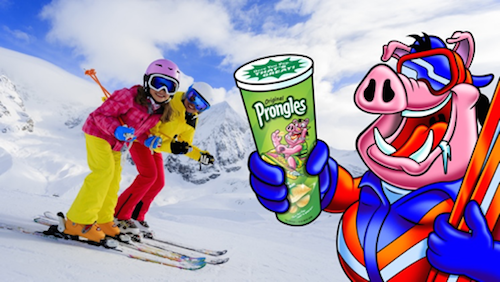